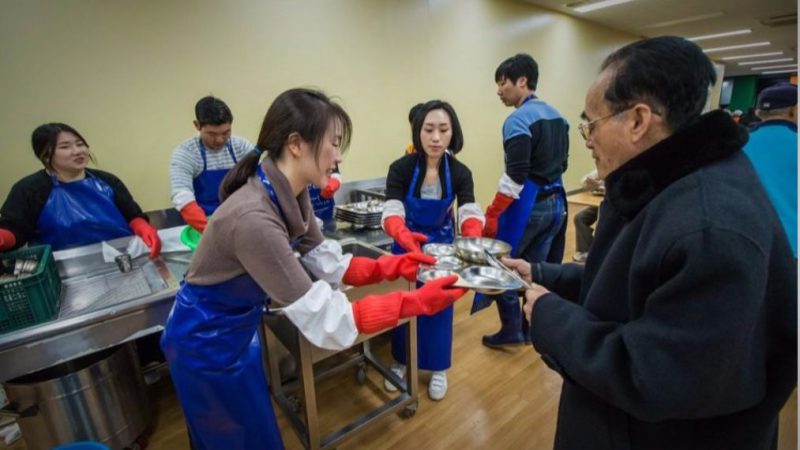 • Elaine Ramirez reports on a poverty crisis in South Korea among older adults, and how some forward-thinking local startups and businesses are trying to address it.

• What can we learn in the U.S. from the solutions presented here? One is that age discrimination is something that needs to be addressed, especially when it comes to hiring practices in any country.

• Learn about an effort to make transportation easier for the elderly living in rural areas.

The South Korea we see today is flourishing with high-speed internet, 24-hour nightlife and an abundance of Instagram-ready K-pop stars. But in its breakneck ascent from a post-war agriculture-based economy to a technology and pop culture mecca, a large and growing social group has been left behind. Half of Korea’s elderly are considered in poverty, more than double the rate in the U.S. and by far the highest rate in the OECD.

In the capital Seoul, amid skyscrapers, expensive cars and 12 million cosmopolitans, it is not uncommon to see seniors scavenging for cardboard. Next to 20-story apartment buildings and ever-efficient subway lines, shantytowns of small, dilapidated houses accommodate the poorest seniors who earn $200 a month through a pension payout. Many labored a lifetime to send their children to school, forgoing retirement savings to give the next generation a future. But those who built the country from the ground up from manual labor to laborious industrialization have little social safety net to keep them fed every day.

“The responsibility to build this country lies with all of us,” Kim says. “This whole movement is not just about senior citizens. It’s about getting young people to care about their country.”

Learning with others and benchmarking are key steps towards becoming an impact giver. If you are interested in giving with impact for East Asia and Southeast Asia, take a look at these events, galas, conferences and volunteering opportunities to connect with individuals like you.