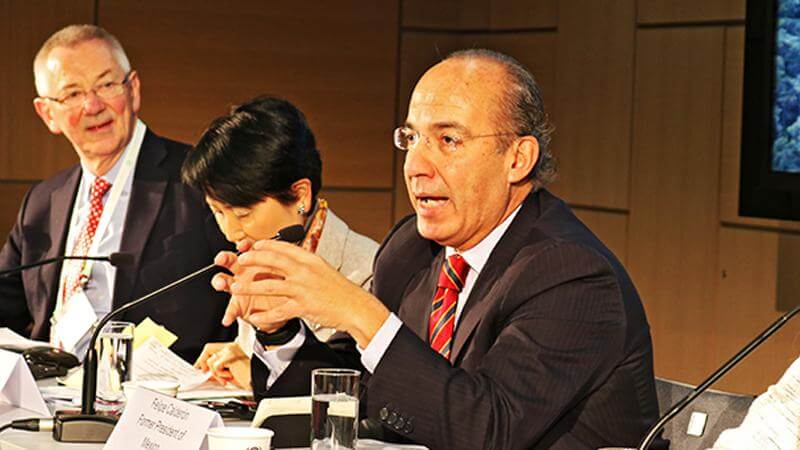 The former president of Mexico, Felipe Calderón, thinks that most degraded land can be restored in a profitable way — but “creative” approaches are needed to make restoration projects attractive to investors.

Speaking at the Global Landscapes Forum in Germany this week, Calderón talked about the urgent need to restore the world’s degraded land — estimated at 2 billion hectares — and how it can offer governments, companies, and communities both economic and social returns. While stressing the need to preserve pristine forest, Calderón told Devex that “most degraded land could be recovered in a profitable way, in my opinion,” but “you need to be careful that you don’t compete with the nature of the original forest.”

Restoration, which was a dominant theme at this year’s GLF, refers to the practice of regaining the ecological integrity of land that has been deforested or degraded, usually due to logging and over-farming. It is most often restored by planting trees. While the concept has been around for some time, it has gained widespread momentum in recent years, for example, through the launch of the Bonn Challenge in 2011 in which more than 40 countries pledged to restore 150 million hectares of deforested and degraded lands by 2020. Some African countries also made specific commitments under the African Forest Landscape Restoration Initiative.

However, despite growing enthusiasm for the restoration agenda, the question remains of how to finance the ambitious plans set by governments.

In addition to learning and connecting with others, taking action is a key step towards becoming an impact giver. If you are interested in giving with impact for Conservation take a look at these Giving Funds, Charitable Organizations or Projects.