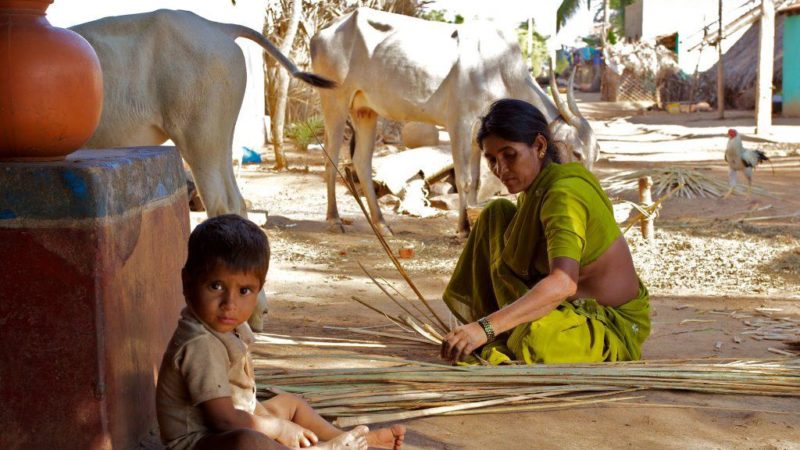 • Anam Parvez Butt, Francesca Rhodes, and Man-Kwun Chan explain how removing or reducing the burden of care work would free up women to participate in economic pursuits, decreasing economic inequality.

• How can funders work to reduce the burden of care work on women?

• Read about policy shifts to reduce inequalities in care work.

In the words of feminist activist, Paula Varela: ‘Women… have the majority of the precarious jobs, and we perform the overwhelming majority of reproductive work at home. This is why a basic right such as the freedom to decide about one’s own body, to decide on motherhood, is a right for which the entire working class has to fight. Similarly, that’s why… the precariousness of work, the lack of funds for health and education, the extension of the working day… all these attacks on the working class have to be demands of the feminist movement.’

Our economic rules have been written by rich and powerful men to serve their own interests. Since the financial crisis of 2008, the number of billionaires in the world has doubled, and their fortunes currently grow by $2.5 billion a day. Meanwhile the wealth of the poorest half of humanity, 3.8 billion people, fell by 11%.

Most of the world’s richest people are men. As highlighted in Public Good or Private Wealth, they control over 86% of all companies in the world, hold more resources than women and are more likely to be at the top of the income ladder. Globally, women earn 23% less than men and have a 50% lower share of wealth.

Since women are more likely to live in poverty than men, it is sometimes assumed that to address gender injustice it is enough to implement policies designed to reduce poverty, because women will benefit more.

However, because women and girls living in poverty face discrimination, heavy unpaid care work responsibilities, violence or restrictions on their rights and freedoms, they won’t always see the benefits. The gendered nature of economic inequality reinforces inequality in all areas of women’s lives. This denies them the power to challenge systems of discrimination.

Universal public services, especially in areas such as health, education and water—as well as social protections like pensions and child support grants—have a profound impact on gender equality.  For example, when school is made free, girls benefit most as they are the last to attend when families have to pay. But that is not enough. Public services also need to be designed specifically with gender—and other—inequalities in mind, and should also seek to challenge harmful social norms.

If you are interested in Women and Girls, please see these relevant events, training, conferences or volunteering opportunities the Giving Compass team recommends.

If you are ready to take action and invest in causes for Women and Girls, check out these Giving Funds, Charitable Organizations and Projects related to Women and Girls.