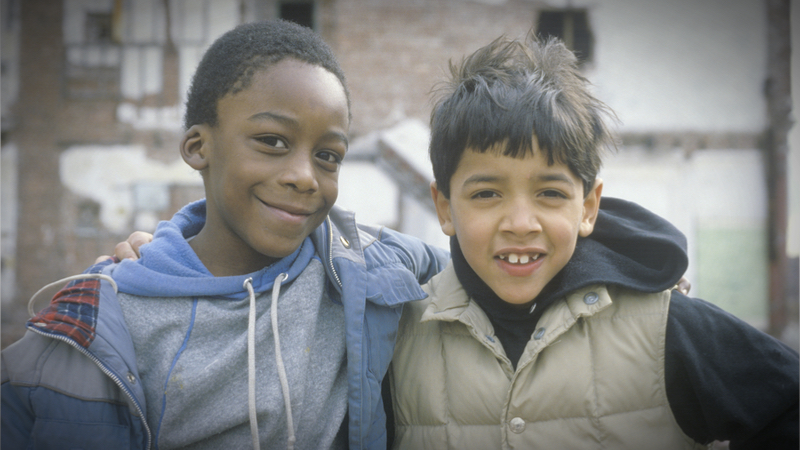 Child poverty is an issue that is often discussed both in the media and by policymakers. Unfortunately, the many faulty assumptions surrounding this issue lead to misdirected responses.

Interested in reading more on poverty and inequity? Visit this selection on Giving Compass.

One reason for this misconception is that welfare is often discussed one program at a time rather than as an entire system. Means-tested welfare programs are scattered across numerous government agencies, making it easy for the large size of the welfare system to be hidden. Nowhere in government budgets is welfare spending presented in total.

Myth #2: The Level of Welfare Benefits Is Meager.

Consider a single mother who has two school-age children and has worked full-time for 52 weeks in the year at the federal minimum wage of $7.25 per hour. This mother would receive $13,853 in annual post-tax earnings. But this mother would also be eligible for basic means-tested benefits. In addition to $13,853 in post-tax earnings, the mother would receive $5,548 in cash benefits through the EITC and $1,800 cash benefits through the ACTC. The family would also get $3,974 in food stamp benefits and $1,269 in school lunch and school breakfast benefits. The combined value of earnings, cash welfare, and food benefits would come to $26,444, nearly 40 percent above the official poverty level.

Myth #3: Due to a Lack of Government Support, Poverty and Deprivation Are Widespread.

Despite the massive spending and expensive benefits available to low-income families, the U.S. Census Bureau reports that in 2014, nearly 15 million children in America were living in poverty. How can government spend enormous sums and still have 15 million children in poverty? As noted, the answer is simple: The Census counts a family as “poor” if its income falls below the official poverty income thresholds, but of the $402 billion spent on cash, food, housing, and medical care for families with children, the Census counts only about $11.9 billion, or 3 percent, as “income” for purposes of measuring child poverty.

There are two common misconceptions about work and welfare. The first is that individuals who receive welfare and do not work will have higher incomes than those who do work. The apparent implication is that welfare recipients therefore have no financial incentive to take a job. This assertion would be true only if welfare aid were eliminated when a job was taken, but this is not the case. In fact, welfare benefits will continue at roughly the same level for a parent who takes a low-wage job.

Myth #5: Raising the Minimum Wage Is an Effective Strategy for Reducing Child Poverty.

Statements like this and nearly all discussions about the minimum wage ignore welfare benefits. A parent who sought to support a family with a minimum-wage job alone would indeed be poor, but under the current welfare system, no parent is expected to support a family solely on minimum-wage earnings. The system generously allows parents to combine earnings and welfare.

Read the source article at The Heritage Foundation