Forceful Vaccine Messages Backfire with Holdouts – How Can It Be Done Better? 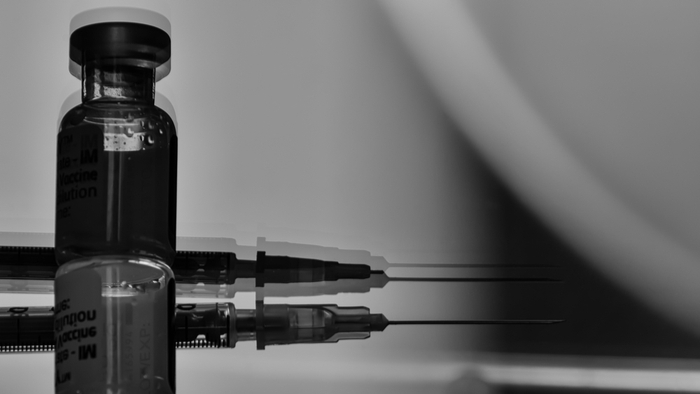 • S. Shyam Sundar offers gentle ways to encourage vaccination that are more effective than forceful messaging which can alienate those who are already vaccine-hesitant.

• What role can you play in encouraging vaccination among the hesitant and apathetic?

• Read about encouraging rural residents to get vaccinated.

With the FDA approval of the Pfizer-BioNTech vaccine and the continued surge of the delta variant, governments across the world have renewed their push to increase the number of vaccinated individuals by persuading the holdouts. On Sept. 9, 2021, President Joe Biden announced sweeping vaccine mandates, expressing frustration at the vaccine holdouts: “We’ve been patient, but our patience is wearing thin. And your refusal has cost all of us.”

As a communication scientist who has studied the effects of media and health campaigns for the past 30 years, I worry that a fevered pitch in vaccine messaging may make the holdouts even more resistant. The direct, blunt messages to go get vaccinated that worked on three-quarters of Americans may not work for the remaining one-quarter. If anything, they might backfire.

Research has shown that some health communication techniques work more effectively than others depending on the audience. It’s a lesson that not only policymakers can apply but also members of the media, industry and even parents and relatives.

When it comes to embracing new ideas and practices, research has identified five categories of people: innovators, early adopters, early majority, late majority and laggards. With COVID-19 vaccination, it’s come down to the last two, and they are the most resistant to change.

This group of unvaccinated people is substantial in number – there are nearly 80 million people in the U.S. who are vaccine eligible yet remain unvaccinated – and they are the ones who could help the U.S. achieve herd immunity. But, research suggests that they are also the ones who will take offense at forceful exhortations to go get vaccinated.

Public health messaging can and does often influence people – but not always in the intended direction. Back in 1999, I testified in the U.S. Congress about how powerful anti-drug messages may be turning adolescents on to drugs rather than off of them. Likewise, the strong language of current vaccine messaging may be evoking resistance rather than compliance.

Consider this headline from a recent New York Times editorial: “Get Masked. Get Vaccinated. It’s the Only Way Out of This.” This follows 18 months of public-health messaging urging people to stay home, wash hands and maintain social distancing.

They may be well intentioned, but research in health communication shows that such directive messages can be perceived as “high threat,” meaning they threaten the free will of the message receiver by dictating what they should do. They are likely to trigger what psychologists call “reactance”. In other words, when individuals sense a threat to their freedom of action, they become motivated to restore that freedom, often by attempting to do the very thing that is prohibited or by refusing to adhere to the recommended behavior.

Recent research by my communications colleagues at Penn State shows that even advertisements that include directive slogans such as “No Mask, No Ride” – from Uber – and “Socialize Responsibly to Keep Bars Open” – a Heineken message – can irritate consumers and make them less likely to engage in responsible behaviors.

Reactance to COVID-19 messaging is evident in the form of widespread protests around the world. Many have gone to the streets and social media, with slogans such as “my body, my choice,” “let me call my own shots” and “coercion is not consent.”

These responses demonstrate not simply hesitation to get vaccinated, but rather active resistance to vaccine messaging, reflecting an effort to protect personal agency by asserting one’s freedom of action.

Freedom is a critical concept in the anti-vaccination rhetoric. “Freedom, not force” is the battle cry of the protesters. “If we lose medical freedom, we lose all freedom,” reads a poster. “Choose freedom,” urged Sen. Rand Paul in a recent op-ed expressing his resistance to mask mandates and lockdowns. “We will make our own health choices. We will not show you a passport, we will not wear a mask, we will not be forced into random screening and testing.”

One way to counter such reactance is by changing the communication strategy. Health communication researchers have found that simple changes to message wording can make a big difference. In one study by my Penn State colleagues who study health persuasion, the researchers tested participants’ responses to sensible health behaviors such as flossing: “If you floss already, don’t stop even for a day. And, if you haven’t been flossing, right now is the time to start. … Flossing: It’s easy. Do it because you have to!” Study participants reacted to such messages by expressing their disagreement through anger and by defying the advocated behavior.

But then the researchers reworded the same advocacy to be less threatening, such as: “If you floss already, keep up the good work. And if you haven’t been flossing, now might be a good time to start.” And “Flossing: It’s easy. Why not give it a try?” They found that the participants’ reactance was significantly lower and their message acceptance higher.

In the same way, softening the message and using less dogmatic language could be the key to persuading some of the unvaccinated. This is because suggestive, rather than directive, messages allow room for people to exercise their own free will. Studies in health communication also suggest several other strategies for reducing reactance, ranging from providing choices to evoking empathy.

Perhaps more important – given people’s reliance on smartphones and social networking – is to make better use of the technological features of interactive media, which includes websites, social media, mobile apps and games. Clever use of digital media can help convey strong health messages without triggering reactance.

Research in our lab shows that people’s responses to media messages can be influenced by the approval of anonymous others on the internet, in the same way that consumers rely on other people’s opinions and star ratings for making purchasing decisions online. In a recent study, we discovered that freedom-threatening health messages can be made more palatable if they are accompanied by a large number of likes on social media from other people. When a lot of others were seen as supporting the advocacy message, the forceful language did not seem any more threatening to their freedom than the gentler version.

In other words, we found that the number of likes has a strong “bandwagon effect” in reducing reactance. We also discovered that providing an option to comment on the health message imbues a higher sense of personal agency and greater acceptance of the message.

In another recent experiment, we found that customization, or the ability to tailor one’s phone or online site to one’s liking, can also aid health communication. Whether it is a phone app, dating site or social media feed, customizing a digital space allows people to reflect their personality. Seeing a health advocacy message in such a personalized space does not pose as much of a threat in such venues because people feel secure in their identity. We found that customization helps reduce negative reactions to health messages by increasing one’s sense of identity.

A communication strategy that is sensitive to psychological reactance could empower the holdouts to willingly get vaccinated instead of grudgingly comply with a mandate.

If you are interested in Public Health, please see these relevant events, training, conferences or volunteering opportunities the Giving Compass team recommends.