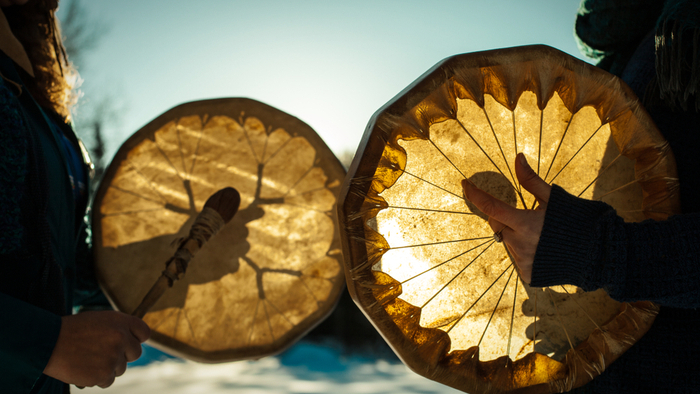 • Janeen Comenote works with her organization to empower Native people’s voices despite a plethora of systemic mechanisms that neglect and silence them.

• Read about how the United States has chronically neglected Native people during the ongoing opioid crisis.

Janeen Comenote has spent the better part of her career dismantling the notion that Native people are not a powerful constituency.

“Native people are made invisible by design,” said Janeen. “I’ve worked nationally, with all different types of people, and it was surprising how even other people of color don’t know anything about us. And maybe it’s not surprising when you remember that America doesn’t want to think about the attempted genocide on Native people, and that we survived. I’m a direct descendant of someone who survived.”

Janeen, who grew up in Washington State and graduated from West Seattle High School, is the founding executive director of the National Urban Indian Family Coalition (NUIFC), based in Seattle. She is Quinault and Oglala on her father’s side and on her mother’s side, Hesquiaht and Kwakiutl First Nations. The coalition works to sustain Indigenous values and culture, and nationally elevate voices of American Indians and Alaska Natives living in urban areas.

Census undercounting is one way Native people have been systemically invisibilized. Reports explaining the undercounts describe Native people as “hard to reach” because they live in rural areas or their home addresses change frequently. To Janeen, these are just excuses to not implement easy fixes.

While engaging with policymakers in its early years, the NUIFC realized that not only did people have a lack of knowledge about Native people, they especially did not know anything about Native people living in urban areas. In an effort to educate lawmakers, the coalition spent three years hosting policy roundtables in 11 cities. “If you don’t have information about what is impacting a community, it’ll be really hard to address it,” said Janeen.

Race and Ethnicity is an important topic. Other members found these Giving Funds, Charitable Organizations and Projects aggregated by Giving Compass to be relevant to individuals with a passion for Race and Ethnicity.