The Antidote to the Opioid Crisis: Harm Reduction as a Pathway to Autonomy, Connection, and Hope 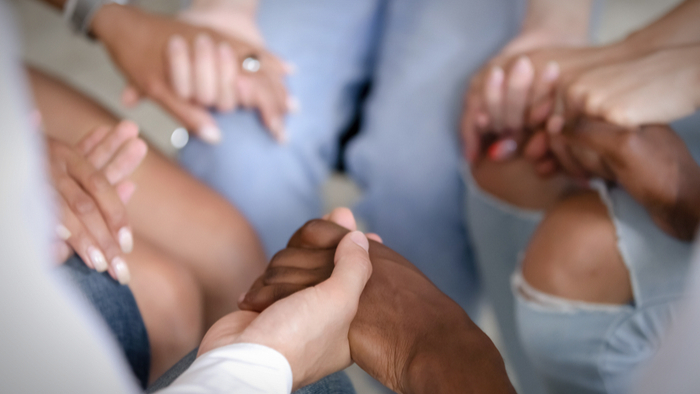 Heroin use in the United States has increased almost fivefold in the past decade. Despite spending more than a trillion dollars on the war on drugs all we have to show is the largest imprisoned population in the world and higher rates of substance use disorders and fatal drug overdoses than ever before. What distinguishes the current opioid crisis from those that predate it is diminished life expectancy due to fatal drug overdoses. In 2017, more than 72,000 people died from a drug overdose in the U.S., and more than half were opioid overdoses.

In the midst of one of the defining crises of our time, many policymakers are repeating the same mistakes of the architects of the failed war on drugs. For example, a 2018 Arizona Department of Corrections report, found that 77 percent of inmates need treatment for substance use disorders but only two percent are actually getting it. Yet in the same year, a bill was introduced that would increase mandatory minimum sentences to five years for possession of opioids. Ironically, the bill doesn’t include funding to treat people with substance use disorders so it is highly likely that they may emerge from prison with the same issues.

We know that problems as complex as addiction cannot be solved with the same level of consciousness that give rise to them in the first place. Policies like those embedded in the war on drugs only serve to perpetuate harm to the very people they’re supposed to help.

In a 2015 TedTalk, British author Johann Hari talks about what he believes to be the cause of addiction — any addiction. According to Hari, the cause of addiction is the lack of human connection. “Human beings have a natural and innate need to bond, and when we’re happy and healthy we’ll bond and connect with each other. But if you can’t do that because you’re traumatized or isolated or beaten down by life, you’ll bond with something that gives you some sense of relief.”

People have characteristics that make us vulnerable or resilient to behavioral health issues like substance use disorders. Protective factors might include things like having a positive self-image, self-control, or social competence. But people don’t live in isolation: We are part of social networks where numerous risks and protective factors exist.

In 2012 the federal government revised it’s working definition of recovery as the “process of change through which individuals improve their health and wellness, live a self-directed life, and strive to reach their full potential.” They describe four major dimensions that support a life in recovery:

Developed 25 years ago by and for people who use drugs, harm reduction is a set of strategies designed to reduce the risk of infectious disease transmission and overdose. Harm reduction models can be pathways to autonomy—putting the power of choice in the hands of people who use drugs. Syringe service programs, medication assisted treatment, naloxone distribution are examples of pragmatic, person-centered models. Public health approaches proven to reduce risk of infectious disease transmission, fatal overdose–and when they’re ready, link people to treatment for substance use disorders.

I’ve personally lost six people to drug overdose or drug-related illnesses. The people we’re losing are not numbers or percentages. The essence of their humanity is virtually erased in epidemiology and social autopsies. What we’re experiencing is reminiscent of the early AIDS epidemic where entire networks of friends, families, and lovers disappeared in less than a decade.

But there is hope. Millions of people around the world are awakening to a higher level of consciousness. With that comes the primacy of unconditional love and our connection and responsibility to one another. This is the essence of harm reduction and the reason so many of us consider it a way of life. Because harm to one is harm to us all.

How You Can Help

Learn. Simply by understanding the principles of harm reduction, you can help turn the tide against stigma and overdose fatalities. Harm Reduction Coalition has several online resources focusing on practical strategies you can adopt to promote effective communication with people who use drugs, to promote their health and wellbeing. To supplement your learning, we have created the Online Training Institute to build a foundation of understanding for people who are newer to harm reduction. These are self-paced online modules focused on the core harm reduction principles, approaches, and strategies.

Connect. Stay on top of all things harm reduction by joining our national mailing list. If you are based in California, you can also join our Morning Coffee crew and receive our newsletter weekly focused on harm reduction work in California. Wherever you are based, you can connect with us and others on Facebook,  Twitter, Instagram, and Tumblr to stay tuned in to the movement and opportunities to get involved.

Take action. Support organizations like Harm Reduction Coalition, which as been identified as a high impact opportunity by the Center for High Impact Philanthropy, to help drive progressive and profound change.

In addition to learning and connecting with others, taking action is a key step towards becoming an impact giver. If you are interested in giving with impact for Human Services take a look at these Giving Funds, Charitable Organizations or Projects.