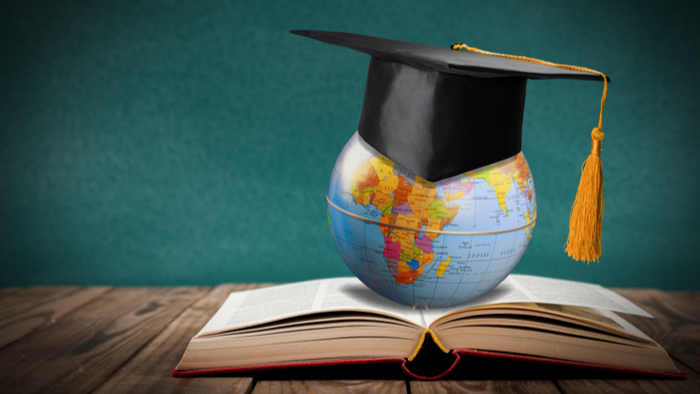 The emergency evacuation that recently unfolded in Afghanistan once again placed a spotlight on the plight of the world’s refugees. It is a recurring crisis. In fact, the United Nations High Commission for Refugees estimates that of the 82.4 million people forcibly displaced from their countries in 2020 due to persecution, conflict, human rights violations, or other events, thirty-five million were under the age of 18. That’s a staggering number of young people forced to live without the support, structure, and safety of their communities and unable to move beyond their present circumstances.

Tragically, education, which is so essential for young people to achieve their full potential, is overlooked when considering the welfare of refugees.

While working in Angola in the late 2000s, I saw firsthand the downstream consequences for people who grew up in refugee camps or far from their home communities with limited to no access to education. Make no mistake: Fleeing to neighboring countries allowed those young people to avoid forced conscription, brutal and violent war, and in many cases death. But few had the opportunity to pursue education beyond elementary school, and this no doubt hampered the post-war development of Angola, a country that experienced one of the longest civil wars of the twentieth century.

The current situation in Afghanistan is equally as urgent and dire. Afghan students and academics are under daily threat. We have not forgotten the attacks in 2016 on the American University of Afghanistan, when fifteen people were killed and at least fifty injured, including students, professors, and staff.

To offer one solution to the ongoing refugee crisis in Afghanistan and around the world, the Institute of International Education (IIE) has launched and funded a new scholarship for student refugees and displaced persons. The IIE Odyssey Scholarship covers tuition, housing, and living expenses for refugees and displaced students pursing undergraduate or graduate degrees for the duration of their degree programs. We also created new scholarships for students from the now closed American University of Afghanistan. With these scholarships, displaced students will be able to safely continue their studies at college campuses abroad.

Read the full article about supporting education for young refugees by Jason Czyz at PhilanTopic.

Middle East and Central Asia is a complex topic, and others found these selections from the Impact Giving archive from Giving Compass to be good resources.