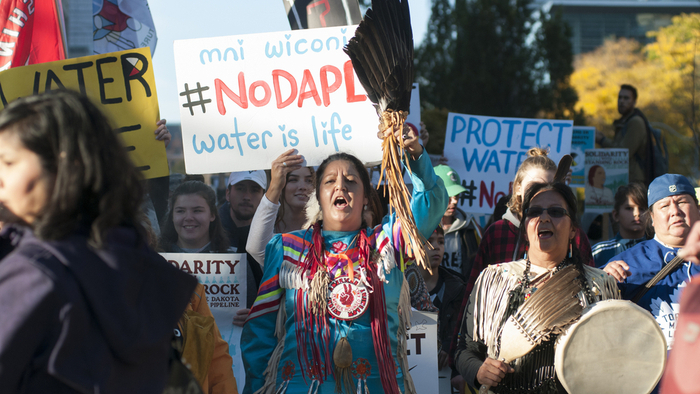 Indigenous people are at the frontlines of so many different struggles around the world, and we’re up against drastic odds. Our life expectancy rates are 5.5 years lower than the general US population, we’re more likely than any other racial group to have diabetes, a third of us live in poverty, our already-high unemployment rates spiked drastically at the onset of COVID-19 (more than for any other racial group), and we still largely lack access to health care, leading many to die from otherwise completely preventable or manageable illnesses.

For decades, social entrepreneurs—predominantly white, heterosexual, cisgender men—have forced their own solutions onto our communities. More than just ineffective, this model is often actively harmful to the people in the greatest need. And because Indigenous folks are so often rendered invisible, or treated as if we no longer exist, stories about the work we do are too often presented as a singular Indigenous person doing one project, alone. Lost are the networks of Indigenous folks solving problems that haven’t been solved before; forgotten are the resilient communities forging new pathways for survival.

Indigenous leaders are solving some of the biggest problems facing society today, from organizers fighting for environmental justice and entrepreneurs running successful, sustainable small businesses to the record number of Indigenous folks running for office and winning.

But our innovation not only needs to be uplifted by philanthropists, nonprofits, and foundations. They must also grant us the autonomy to pursue the building of a better world, informed by our practices, culture, and generations of wisdom.

If you are interested in Global Poverty, please see these relevant events, training, conferences or volunteering opportunities the Giving Compass team recommends.

Global Poverty is an important topic. Other members found these Giving Funds, Charitable Organizations and Projects aggregated by Giving Compass to be relevant to individuals with a passion for Global Poverty.