How Disasters Can Bring Solidarity In Times of Crisis 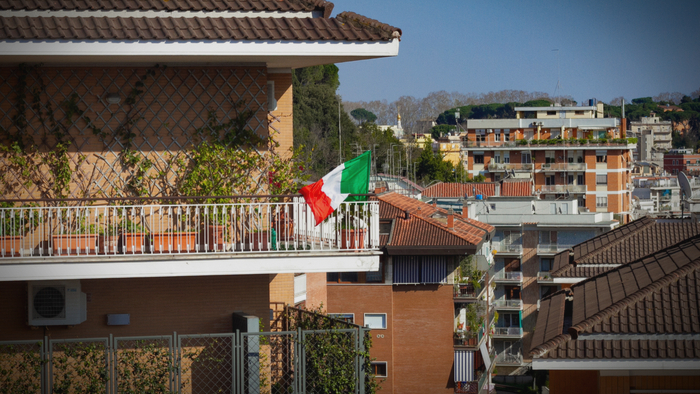 •  Citizens in Italy and China share how COVID-19 brought them closer and brought about a sense of solidarity that helped them respond to coronavirus.

• What support systems are in place in your community to deal with the coronavirus?

• Learn how mutual aid is helping the most vulnerable.

Disasters and crises bring out the best in us. This simple fact is confirmed by more solid evidence than almost any other scientific insight, but we often forget. Now more than ever, in the middle of a pandemic, it’s crucial to remember this.

Sure, our news feeds are flooded with cynical stories and comments. A report on armed men stealing rolls of toilet paper in Hong Kong, or one about the Australian women who got into a fistfight in a Sydney supermarket.

In moments like these, it’s tempting to conclude that most people are selfish and egotistical.

But nothing could be further from the truth. For every antisocial jerk out there, there are thousands of doctors, cleaners and nurses working around the clock on our behalf. For every panicky hoarder shoving entire supermarket shelves into their cart, there are 10,000 people doing their best to prevent the virus from spreading further. In actual fact, we’re now seeing reports from China and Italy about how the crisis is bringing people closer together.

Millions of Chinese people are encouraging each other to stand strong, using the expression “jiayou” (“don’t give up”). YouTube videos show people in Wuhan singing from the windows of their homes, joined by numerous neighbours nearby, their voices rising in chorus and echoing amongst the soaring towers of Chinese cities.

In Siena and Naples, both on complete lockdown, people are singing together from the balconies of their homes. Children in Italy are writing “andrà tutto bene” (“everything will be all right”) on streets and walls, while countless neighbors are helping each other.

The surge in solidarity that we’re seeing will come as no surprise to most sociologists. The current situation has obvious similarities to the human response to natural disasters, which has been researched extensively for decades.

Read the full article about solidarity during disaster relief by Rutger Bregman at TEDEd.

If you are interested in Disaster Relief, please see these relevant events, training, conferences or volunteering opportunities the Giving Compass team recommends.