How People on Probation and Parole will Suffer Without Roe v. Wade

With several states preparing to criminalize abortion now that Roe v. Wade is over, and some states talking about criminalizing traveling out of state to get an abortion, it’s worth remembering that for many people on probation and parole, traveling out of state for abortion care is already next to impossible. On any given day in the U.S., 666,413 women are on probation (a community-based alternative to incarceration) or parole (the part of a prison sentence that someone serves in the community). In many jurisdictions — for instance, Louisiana, Tennessee, Kentucky, Idaho, Texas, and the federal system, as well as some juvenile probation systems — it’s common for people on probation and parole to face restrictions on where they can travel, whether they can move to another county or state, and with whom they can “associate” (including, potentially, people who assist in coordinating abortion access, where such help is criminalized). All of these restrictions will make it harder for people under supervision to get abortion care.

In the last few days, many news outlets have reported on how people in prison can be blocked from seeking an abortion, especially in states where abortion is already illegal. (Ironically, as we’ve discussed before, prisons deny people quality pregnancy care even as they deny abortion access.) The end of Roe v. Wade will create new barriers to abortion care for incarcerated people, since it will likely trigger the criminalization of abortion in thirteen states.

In the thirteen states with abortion ban “trigger laws” on the way, more than 200,000 women are under probation and parole supervision, which will make it difficult or impossible for many of them to travel out of state for an abortion, or potentially even talk to people coordinating abortion care, given the typical restrictions of probation and parole. 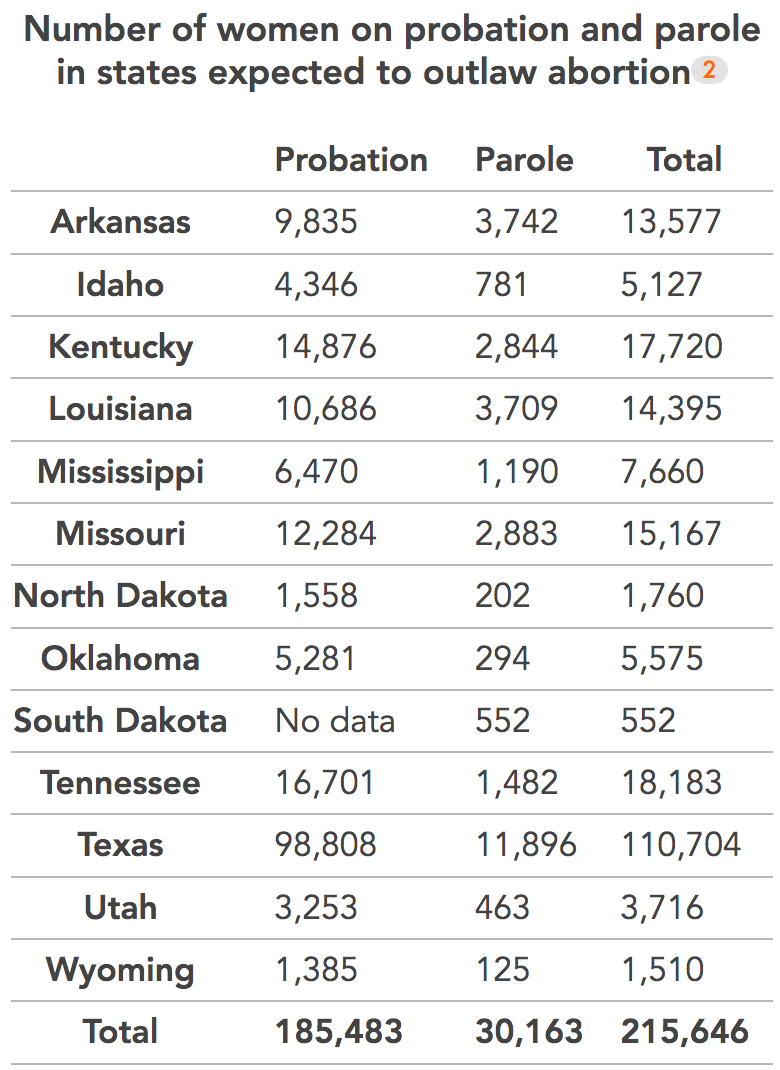 Read the full article about the end of Roe v. Wade by Wanda Bertram and Wendy Sawyer at Prison Policy Initiative.

Correctional Control: Report Highlights Disparities in States' Use of Parole

Focusing on Formerly Incarcerated People During the Pandemic