How Positive Messages About Middle Schools Can Help Students Thrive 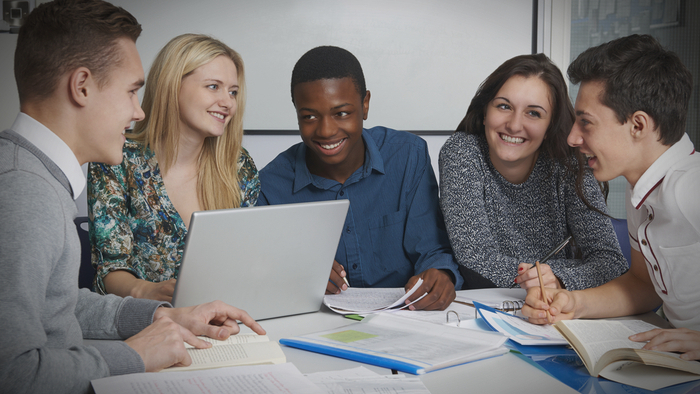 • A new study in the Proceedings of the National Academy of Sciences found that positive messaging about middle schoolers’ experiences can help boost attendance, behavior, and academic achievement.

• How can things like social-emotional learning adopt positive messaging into its approach?

Sixth-grade writing and reflecting exercises that communicate how it’s normal for new middle schoolers to be anxious and worry they don’t fit in — and that these feelings are temporary — can contribute to better attendance, behavior and academic performance, according to a new study appearing in the Proceedings of the National Academy of Sciences.

The transition into middle school is often marked by a decline in academic achievement that is further complicated by the physical and social-emotional changes children experience in early adolescence. That’s one reason why the Miami-Dade County Public Schools, for example, has launched an initiative to revamp a pilot group of nine middle schools with features meant to support student engagement and mental health. The district has seen a trend of families choosing K-8 schools over middle schools.

Efforts are also increasing to reframe the middle grades as a time of opportunity for youth rather than one of increased risk.

Increasing students’ sense of belonging in school at this critical time can reduce the chances that they experience academic and discipline problems, Borman and his coauthors write.

Another recent study by researchers at the University of Missouri-Columbia shows that the more students report feeling a part of the school community, the less likely they are to report that they have bullied someone. The authors recommend school clubs for students with particular interests and emphasize the role parents play in fostering family belongingness as well.

Borman and coauthors write that their theory on “targeted reappraisal messages” was drawn from similar research conducted at the college level. But they conclude that for middle schools, the intervention is a “highly cost-effective and scalable approach.”

Read the full article about positive messaging to middle schoolers by Linda Jacobson at Education Dive.