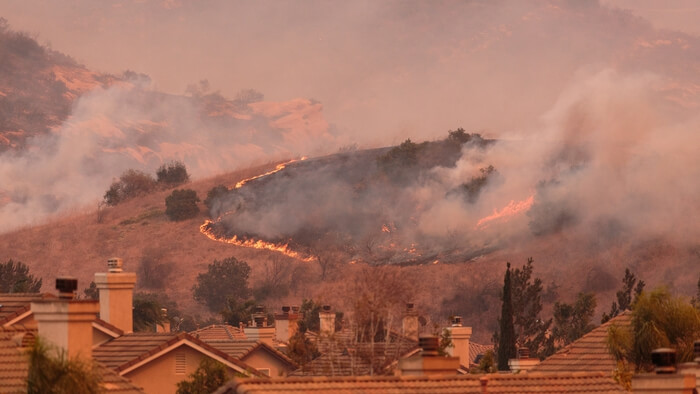 It had already been an exceptional fire season across the American West by the time Montana’s Rice Ridge fire began.

It began in July 2017 as many western wildfires do, with a dry lightning strike on a parched patch of tree litter and other brush, igniting an inferno that stretched for miles and, by September, consuming an area almost twice the size of Denver and choking half the country with its thick smoke.

“It’s been described to me in apocalyptic terms,” Sarah Coefield, an air quality specialist with the Missoula City-County Health Department, told the Washington Post at the time about the area surrounding the fire.

The orange plumes of ash were so dense that Coefield commented in that same interview that, “Visibility has been down to less than a block.”

Miles away, that same thick, orange haze, accompanied by the ash of other wildfires in California, Oregon and Washington, heaved its way across the rolling hills of the Midwestern tallgrass prairies—and they weren’t alone in their suffocation.

Before all was said and done, this smoke—accumulated from dozens of wildfires—had hijacked the meandering jet stream, getting a first-class ticket to blanket more than 3,000 miles of middle America. It ultimately traveled as far east as New York and Pennsylvania and as far south as Texas, and illustrated yet another example of a new normal for those in and out of the Smoke Belt.