How to Divest from Immigrant Detention 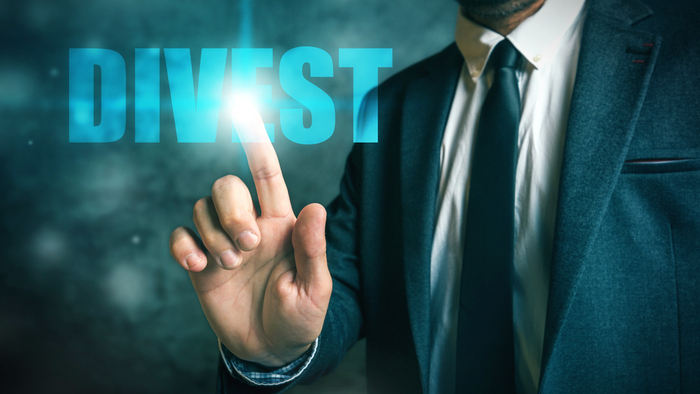 • Grantmakers Concerned with Immigrants and Refugees shares advice for funders who want to divest from immigrant detention.

• How much of your financial assets are currently engaged with institutions that support immigrant detention?

• Learn about dismantling barriers in the U.S. asylum system.

Responding to extensive public pressure campaigns, seven of the 14 banks who are known to provide private prison financing have publicly committed to stop doing so: JPMorgan Chase, Wells Fargo, Bank of America, SunTrust, BNP Paribas, Fifth Third Bank, and, most recently, PNC Bank. Moreover, US Bancorp has said it plans to exit the sector and Barclay’s has made a more limited pledge. The first six banks alone represent a potential loss to GEO Group and CoreCivic of 72 percent in total future funding, or an estimated $1.9 billion-plus.

Fitch Ratings has downgraded a core CoreCivic’s credit rating to a BB and lowered its ratings outlook to negative from stable, among other downgrades.

Many major foundations, such as The California Endowment and The Edward W. Hazen Foundation, have divested from private prisons and set up screens to avoid such investments going forward, while those prominent foundations that remain invested in such companies, such as the Bill & Melinda Gates Foundation, are seeing reputational repercussions.

RECOMMENDATIONS FOR INVESTMENT PRACTICES
Divest from core companies: Ask your institution’s investment committee whether the endowment holds any CoreCivic or GEO Group stock and, if so, initiate discussions on divesting. With only two major operators in the industry, divesting from those holdings and rebalancing the portfolio can be a relatively streamlined process. If your institution cannot withdraw from those investments, consider granting your proxy representation rights to activists to allow them to advocate at shareholder meetings.

Expand divestment: A myriad of other companies, from ankle monitoring providers to food service companies, hold contracts with private and public immigration detention facilities and other prisons. Work with your investment committee or an outside consultant to identify such companies within your institution’s holdings, discuss to what extent your institution will extricate itself from such companies, determine what criteria will guide that process, and create a plan for divestment.

Reinvestments and reparations: Move the funds made available by divesting from private prison companies and ancillary services into investments that support the communities impacted by the divested industries, with a focus on organizing and advocacy led by these communities.

Examine your banking and advisor relationships: Initiate an evaluation of whether the institution where your foundation does its banking shares your philanthropic values and community orientation. Cash accounts get comparable returns at most banks and all deposits are insured by the Federal Deposit Insurance Corporation. Consider moving to a Community Development Financial Institution (CDFI). If there are concerns about your current bank but it is not feasible to end the relationship, write a letter or join a sign-on asking for action on those issues. Reevaluating your current investment advisor on a similar basis, particularly considering their ability to institute socially responsible investment (SRI) practices, may also be part of this process.

Read the full article about divesting from immigrant detention at Grantmakers Concerned with Immigrants and Refugees.

If you are looking for opportunities to learn and connect with others interested in the topic of Immigrants and Refugees, take a look at these events, galas, conferences and volunteering opportunities aggregated by Giving Compass.