How to Reduce Housing Instability and Homelessness Among LGBTQ Americans 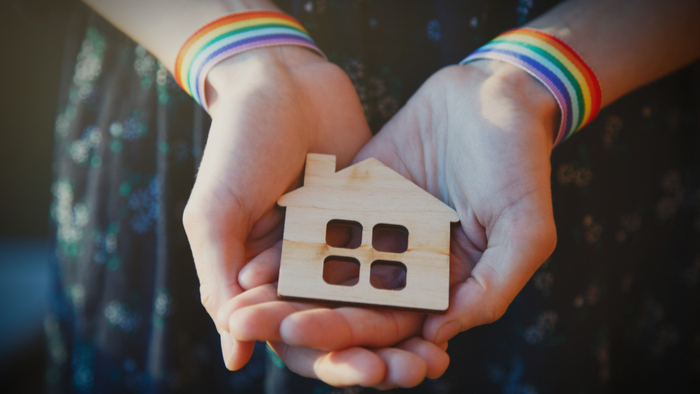 • Many factors contribute to high rates of housing instability and homelessness among LGBTQ Americans. Jorge Andres Soto, director of public policy for the National Fair Housing Alliance, lists ways to combat this issue.

• What can you do in your community to fight discrimination against the LGBTQ population? Which housing resources are currently available for this marginalized group?

• Read more about the LGBTQ population and homelessness.

Homelessness is the most extreme way LGBTQ Americans endure housing instability. In the case of LGBT youth, “The evidence shows that breakdown in young people’s families is the main driver of homelessness,” explained Laura Durso, vice president of the LGBT Research and Communications Project at the Center for American Progress. Durso and other experts spoke at a panel discussion on LGBTQ housing issues hosted by the US Department of Housing and Urban Development last week.

“There are other factors that explain LGBT youth homelessness,” Durso continued. “Substance use, child abuse, and economic instability can all play a role. As a culture and as a matter of public policy, we need to grapple with these issues.”

The study matched potential housing applicants, or testers, with people similar in every way except for sexual orientation or gender identity. The testers then made the same inquiries about available rental units and expressed the same qualifications and housing needs.

Levy continued, “Through 200 exploratory tests in the Washington, DC, area, we found that housing agents were less likely to tell transgender testers that units were available, told them about fewer units than cisgender testers, and, when agents did tell the testers about available units, invited the testers to inspect fewer units.”

Read the full article about housing instability among LGBTQ Americans by Robert Abare at Urban Institute.

If you are looking for opportunities to take action and give money to Homelessness and Housing, here are some Giving Funds, Charitable Organizations and Projects aggregated by Giving Compass where you can take immediate action.