How Urban Planning Helps Enforce White Supremacy in the U.S. 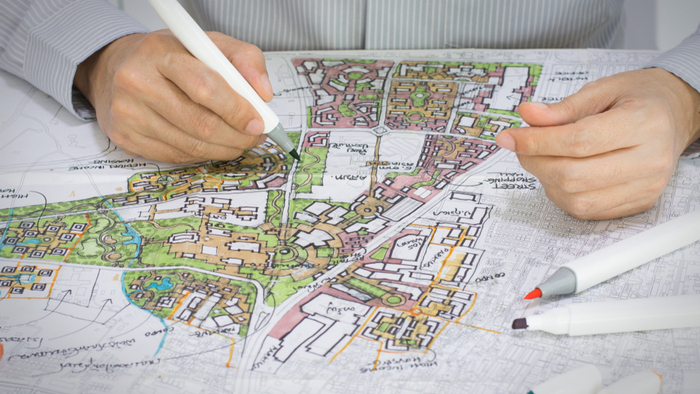 • Julian Agyeman details the long-standing, corrosive relationship between urban planning and white supremacy in the U.S.

• Read about how some cities are attempting to counteract centuries of structural racism.

The legacy of structural racism in Minneapolis was laid bare to the world at the intersection of Chicago Avenue and East 38th Street, where George Floyd’s neck was pinned to the ground by a police officer’s knee. But it is also imprinted in streets, parks, and neighborhoods across the city—the result of urban planning that used segregation as a tool of White supremacy.

Segregation in Minneapolis, like elsewhere in the U.S., is the result of historic practices such as the issuing of racialized real estate covenants that kept non-White people from buying or occupying land.

Before their use in Minneapolis, the city was “more or less integrated, with a small but evenly distributed African American population.” But covenants changed the cityscape. Racist wording from the city’s first racially restrictive covenant in 1910 stated bluntly that the premises named “shall not at any time be conveyed, mortgaged, or leased to any person or persons of Chinese, Japanese, Moorish, Turkish, Negro, Mongolian, or African blood or descent.”

As a result, African Americans, especially, were pushed into a few small areas of the city such as the Near North neighborhood, leaving large parts of the city predominantly White. Some of the city’s most desirable parks were ringed by White residential districts. The result was an invisible “racial cordon” around some of the city’s celebrated parks and commons.

Minneapolis, far from being an outlier in segregation, represents the norm. Across the U.S., urban planning is still used by some as the spatial toolkit, consisting of a set of policies and practices, for maintaining White supremacy. But urban planners of color, especially, are pointing out ways to reimagine inclusive urban spaces by dismantling the legacy of racist planning, housing, and infrastructure policies.

Read the full article about urban planning and white supremacy by Julien Agyeman at YES! Magazine.