How We Can Achieve Economic Growth and Climate Security Together 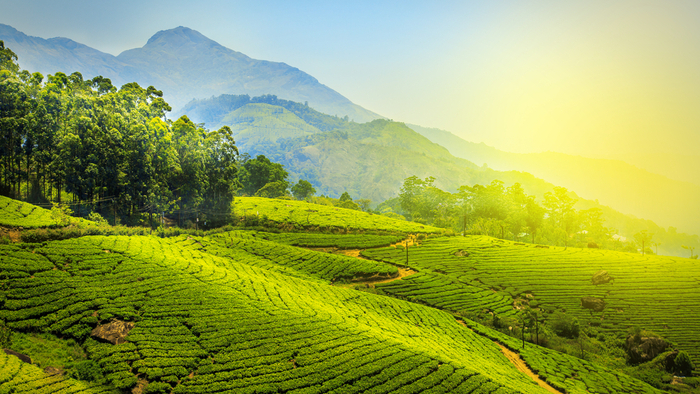 • Britt Groosman and Richie Ahuja explain how India and other countries can advance economic growth and climate security simultaneously to ensure long-term prosperity.

• How can funders work to build support for policies that advance climate and economic interests?

A country’s growth and its people’s growth depends on how it best leverages its endowments.

For example, given that India has one of the largest cattle ownerships in the world, is there a way to think about how best to use this resource to augment the National Clean Cooking agenda? Can they develop biogas programs that can be scaled so that they can save a billion dollars a year in foreign exchange by not importing other energy sources?

In farming, can the country grow rice in a way that saves water, improves yield, and also reduces climate impact? Can decentralized renewable energy generate income for rural households?

And how can India setup and structure all of the above? What are the institutional requirements? Where does the capital come from?

Environmental Defense Fund (EDF) has been working with nonprofit partners across these issues because they can help build the proof of concept. Because governments usually don’t have the time or the experience, or for whatever other reason, they can’t try everything. Doing these pilots is critical to show that it’s entirely possible to decouple economic growth from air and climate pollution.

It is especially important for a country like India, where development is the priority; in fact, it’s a priority in every country. Even in mature markets like the US, one can’t really sell any policy that would damage growth. It’s just the way our world works.

But in India, it’s even more important. Because there is no one India, there’s two–the developed and the developing. And you need to prioritize both.

Rural India–with its 170 million households–is always going to be a big book, so identifying a low carbon rural development growth path is critical. This is true when we talk about the 100 smart cities as well. Getting these cities right means building strong public transport, managing air pollution, setting up infrastructure that is energy efficient, and so on.

If you look at the western countries, your capital expenditures are done. You now have to retrofit into what already exists. India, on the other hand, is about to pour out a lot of concrete. If you think of what India will look like in 2045, something like 70 percent of the country has probably not even been built yet. So, it’s a huge opportunity; but it’s also a threat. It is imperative that the country gets its development trajectory right.

Everybody talks about a million jobs, but how do you build those? What does it look like in a post-industrial, postmodern economy? The ‘evergreen’ revolution, as we call this, offers opportunities for stable, safe, and healthy jobs, as opposed to some of the old coal mining jobs. There are jobs to be had in repleting natural resources, not just in depleting natural resources.

Consider a big agroforestry program–that’s jobs; consider improving farm incomes that moves away from just producing grains to other value-added processes–in that whole supply chain there are jobs. It’s also not just about the amount of jobs you create, it’s also about the quality and sustainability of the jobs, something that’s often overlooked in rapidly growing economies.

California is a great example of decoupling growth and the environment. In the US, it is by far the front runner on climate and energy policy. And yet it is the state that has grown the most jobs and has the highest GDP growth.

Data shows the market has reduced climate pollution by 25.5 million metric tons since 2013, equivalent to shutting down six coal-fired power plants–or taking 5.5 million cars off the road for one year.  At the same time, California’s gross state product (GSP) has grown by more than 16 percent since 2006, with job growth outpacing the US as a nation by 27 percent.

It’s a really important lesson to the other states in the US, and the world as well–that you can decouple economic growth from carbon intensity. That it’s not an either-or.