How Wildfires Have and Will Continue to Shape Our Future 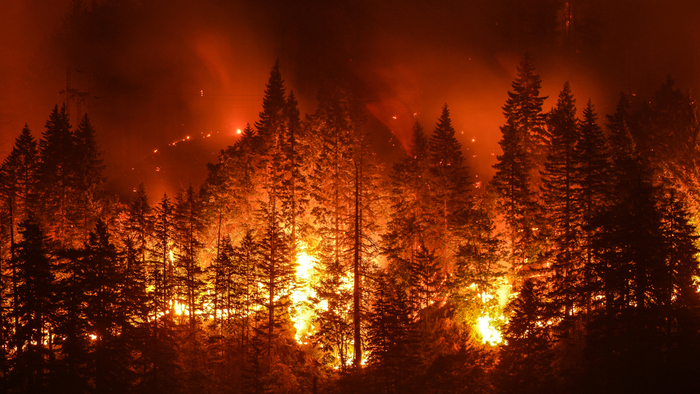 • California has long dominated the headlines about wildfires — but other regions are experiencing fires more often. GreenBiz highlights an excerpt from “Firestorm: How Wildfire Will Shape Our Future” by Edward Struzik which discusses this.

• What efforts are currently in place to advance preventative strategies? How can donors invest in new wildfire science?

• Learn about how wildfires exacerbate health challenges for low-income Californians.

A History of Fire Suppression
As is well known to old timers, the Indian fired the forests with the deliberate intent of confusing and concentrating game so as to make hunting easier. . . . A bunch of deer with their heads in the air waiting for a fire presented an easy mark, even to the Indian’s bow and arrow, and it was this fact, and not any desire for fancied forest conservation, which caused the Indians to burn the forests. — Aldo Leopold

On the day the Sunshine Ski Hill in Banff National Park opened early in November 2016, temperatures skyrocketed, making it feel more like early summer than late fall. As skiers gleefully headed for the hills for the first time, wildfire specialists Cliff White and Ian Pengelly took me to the top of Sulphur Mountain, an iconic peak that provides breathtaking views of the wilderness and townsite below, to show me how a Fort McMurray-like wildfire might burn one of the world’s most popular tourist destinations.

I was intrigued because many wildfire experts are predicting that another wildfire like the one in Fort McMurray is inevitable. Among those places mentioned by wildfire experts I talked to were Timmins in Ontario, Prince George and Whistler in British Columbia, and Redmond, La Pine and Sisters in Oregon. People in Libby, Montana, are fearful that a fire in the Kootenai National Forest will bring destruction and despair to them soon. Many Alaskans living in the state’s interior feel the same. The list that Brian Stocks, a wildfire expert and member of the expert review panel that looked into the Fort McMurray and Slave Lake fires, keeps is a long one. He believes there are literally hundreds of communities at risk on both sides of the border.

Read the full article about wildfires by Edward Struzik at GreenBiz.