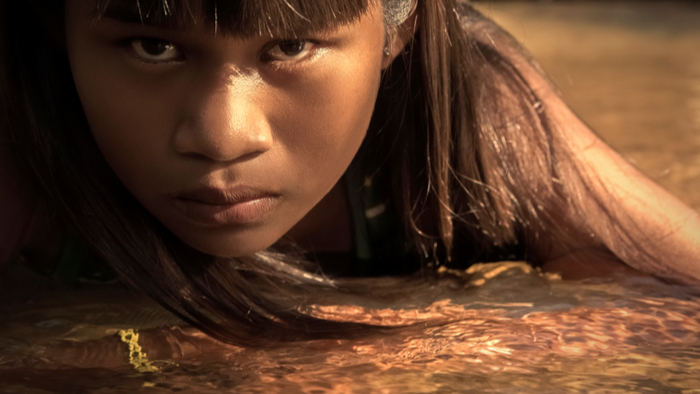 • Rosamaria Loures and Sarah Sax cover the impact of the “Guajajara,” a group of indigenous women in Brazil who are fighting to protect their rainforest environment.

• How important is gender equality in forest conservation? Why do the efforts of so many groups like indigenous women in Brazil go underreported? What can other environmental justice leaders learn from the work of the Guajajara?

• Read more about the connection between gender justice and conservation.

On an early December morning last year in the state of Maranhão, Brazil, half a dozen members of the Indigenous Guajajara people packed their bags with food, maps and drone equipment to get ready for a patrol. They said goodbye to their children, uncertain when, or whether, they would see them again. Then, they hoisted their bags over their shoulders and set out to patrol a section of the 173,000 hectares of the primary rainforest they call home.

This is the Caru Indigenous Territory, where the Amazon peters out toward the northeastern coast of Brazil, and it contains some of the last stretches of intact, contiguous forest in Maranhão. It is also under increasing threat: this part of Brazil has been ravaged by some of the country’s highest rates of deforestation and land conflicts over the past decade. Patrols led by Indigenous groups like theirs, known often by the moniker of “Forest Guardians,” have been instrumental in enforcing protections and preventing loggers from entering Indigenous territories. Patrols and their enforcement tactics, which have been ramping up over the past decade, have also resulted in community members being threatened, attacked, and killed.

But members of the patrol that set out through the forest last December don’t call themselves guardians; they prefer warriors. And they differ in one other notable aspect: they are all women.

Called guerreiras da floresta in Portuguese, this is the name these women have given themselves. They are in many ways an embodiment of what policymakers, politicians and scholars around the world say is a necessary shift toward gender equality in environmental movements. And they are contributing not just womanpower to the patrols — they are also helping to diversify the tactics and forge new partnerships.

Read the full article about indigenous women in Brazil fighting for environmental protection by Sarah Sax and Rosamaria Loures at Nexus.