Innovations in Education for Refugee Populations 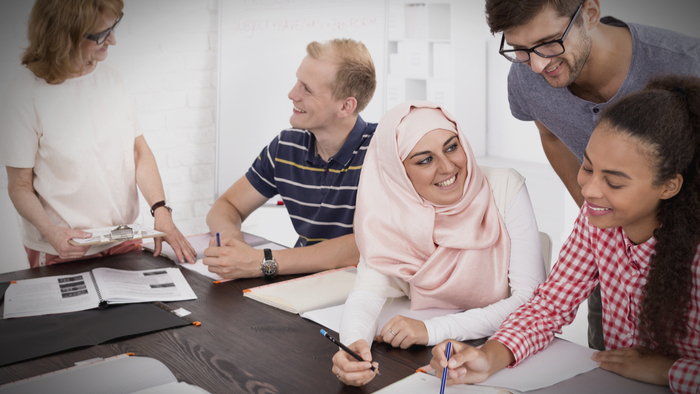 • Allison Anderson and Jessica Brandt explain that teacher training programs and mechanisms that support refugee integration into schools are both examples of how we can increase access to education for the urban refugee population.

• How can philanthropists help collaborate and support this innovation? What do refugees in your community need?

Today the world is witnessing distressing levels of displacement. More than 65 million people around the globe have been forced from their homes. Among them are more than 21 million refugees who crossed national borders in search of safety. Of them, 60 percent live in urban areas, outside of formal camps. Yet, most of the humanitarian sector’s models were developed for camp-based settings.

The majority of urban refugees today are self-settled and dispersed through towns and cities, frequently in marginalized and underserved neighborhoods, often straining existing service delivery infrastructure, including for education.

Outside of traditional camps, urban refugees must be more self-reliant in meeting their basic needs, as well as in finding educational opportunities.  They are also particularly vulnerable to discrimination, exploitation, and multiple dimensions of violence. Out of fear of harassment, detention, or even forced return, many render themselves invisible to the humanitarian community, as well as local authorities, making it difficult to receive assistance from either.

Within this context, there are several barriers to providing quality education to urban refugees: massive overcrowding in government schools, a lack of space, untrained teachers, and deficient government capacity to coordinate diverse stakeholders.

In urban refugee settings, there is a strong need to support teacher training, particularly with second languages, host country curricula, and psychosocial well-being, so that teachers can meet the distinct needs of refugee learners in their classrooms. One innovation highlighted at the roundtable is to invest in—and rigorously evaluate—teacher coaching and mentoring rather than in traditional front-ended (pre-service) teacher training.

A common recommendation across recent research is for the international community to work with and support Ministries of Education to create policies and implementation mechanisms that support refugee integration into the national school system.

Read the full article about education innovation for refugees by Allison Anderson and Jessica Brandt at Brookings.