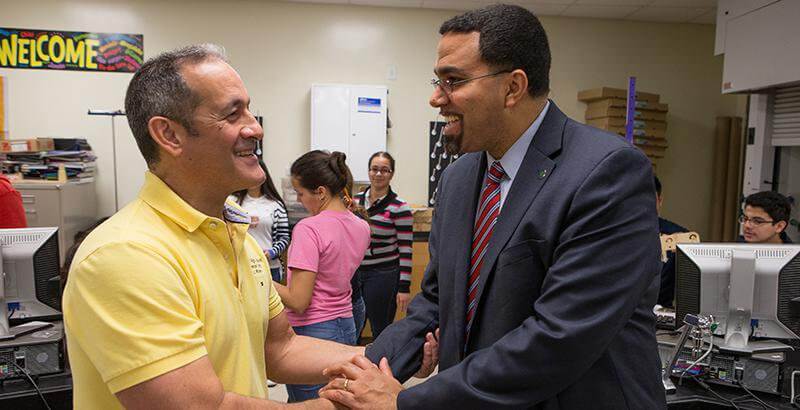 John King, the son of two New York City public school teachers, has served as a high school teacher, middle school principal, the co-founder of a Massachusetts charter school, New York’s education commissioner, and U.S. education secretary under President Barack Obama. King now is president and CEO of the Education Trust, where he leads an organization dedicated to the academic achievement of all students, particularly those of color or living in poverty.  King also contends that the next phase of education accountability must go beyond rating schools and lead to better strategies for improvement.

In this ‘A’ Word conversation, he defends the importance of setting high expectations for all students, measuring to make sure that students are on track, and preparing educators with actions and interventions designed to support the success of all children. King also contends that the next phase of school accountability must go beyond rating schools and lead to better strategies for improvement.