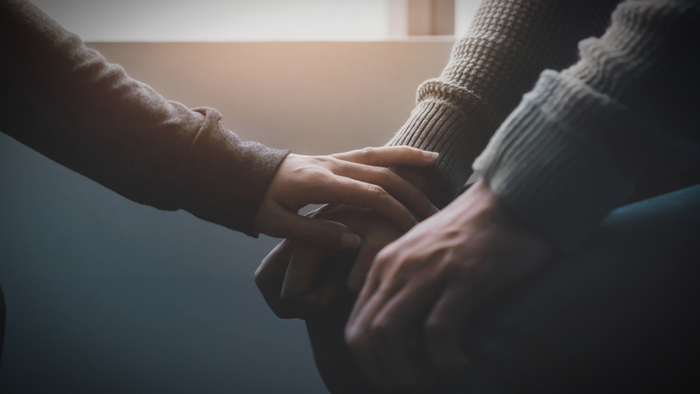 Mental, neurological and substance use disorders make up 13% of the total global burden of disease, leading to shortened life expectancy and dramatic quality of life differences. Major Depressive Disorder is a mood disorder that causes distressing symptoms that affect how you feel, think, and handle daily activities, such as sleeping, eating, or working – and it alone affects nearly four percent of the world’s population – or more than 300 million people.

It’s not often that the scientific community gets to hear from people who endure and suffer disease, especially a condition like depression. This year, the Milken Institute Center for Strategic Philanthropy partnered with the Depression and Bipolar Support Alliance to better understand the lived experience of individuals living with depression. This was a first-of-its kind effort to give these individuals a voice, all in an effort to better target therapeutic development, describe and understand their experiences, and comprehend their needs. Results of the survey were published in March 2019, and they offer insightful results that can also inform the development of community-centric philanthropic priorities to address depression.

An analysis of more than six thousand survey responses led to the identification of three primary barriers to improved health outcomes in individuals living with depression – and key recommendations for addressing them.

Responses in the community survey highlighted the lack of understanding regarding the underpinnings of depression as a key issue that touches on many disease outcomes including diagnosis and treatment. Specifically, without an understanding of the biological nature of depression, people living with depression experience a trial-and-error approach to the identification of best treatments, are unable to predict the trajectory of illness over their lifetime, and perhaps most fundamentally, report feeling disconnected from the diagnosis due to not being able to “see” evidence of the illness or “proof” of treatment efficacy

….We wouldn’t dream of orthopedic treatments … without physical X-rays. As a visually oriented patient, my participation in my own healing may be diminished because I cannot SEE the organ affected by the disease.

Funding for basic and clinical research will ultimately build the knowledge base to better diagnose patients, project long-term health trajectories, tailor therapies to meet each patient’s needs, and objectively measure the severity and improvement of symptoms. Many philanthropists have partnered with academic institutions to support research directly; however, organizations such as the Brain and Behavior Research Foundation provide a scientifically rigorous mechanism to fund depression researchers globally.

The survey asked participants to identify when symptoms began. Approximately 80% of respondents reported onset prior to age 18, with more than a quarter reporting onset prior to age 12. Furthermore, earlier onset was linked to high lifelong impact, meaning that individuals who reported symptoms starting in childhood were more likely to report that depression significantly impacted their lives today. Respondents shared heartbreaking stories of exceptional delays in diagnosis and insufficient care in childhood. Research has shown that child and adolescent onset are common, and that early onset as well as delayed diagnosis are linked to worse long-term prognosis. Young people need better access to quality healthcare.

Additionally, many participants used open-ended response space to note that concurrent conditions such as diabetes, cardiovascular disease, and alcoholism complicate symptom management and treatment options. In fact, population research has shown that depression is most common condition to co-occur with another illness. While the biological underpinnings for this effect are unknown, it highlights the need to proactively address mental health and resilience when individuals are diagnosed with a chronic illness. Noteworthy organizations such as the Michael J. Fox Foundation and American Diabetes Association are beginning to provide information to their patient communities about depression.

Finally, many survey participants cited difficulty in finding a quality medical provider, or struggles paying for services. These comments are not isolated to the depression community; in fact, they are endemic of mental health care access in the United States. A recent study found that for every $1 that insurance companies reimbursed primary care physicians, mental health professionals were only reimbursed 83 cents, even when treating the same condition. This inequity in reimbursement likely contributes to the low number of psychiatrists who accept insurance—only 55.3 percent of psychiatrists accept insurance, compared to almost 90 percent of other specialties.

Addressing inequitable reimbursement rates for mental health services will undoubtedly require congressional action – but the payoff in mental health access on a national scale would be transformative. Identifying an economically feasible, bipartisan approach to accomplishing this will require leadership amongst mental health advocacy organizations and buy-in from health systems. Philanthropic investment can play a critical role in bringing key players together to develop potential solutions and champion the best ones.

The Opportunity for Philanthropy

As philanthropic investors step up to address the world’s most pressing challenges, mental health is a realm certainly in need of urgent investment.  Philanthropy represents a dynamic source of capital, and an unmatched ability to convene to the right partners to lead in the global efforts to improve the lives of people living with mental illness.

But it’s also critical that as investors step up to develop strategies to tackle mental health and depression specifically, expert input is balanced with community input and needs.