Malala Yousafzai Visits Pakistan For The First Time Since The Attack 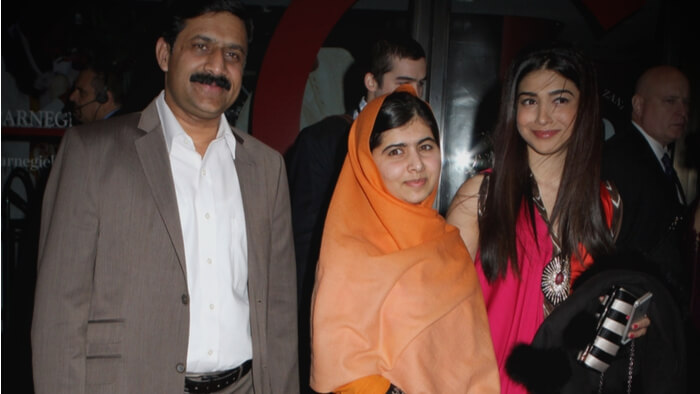 • Malala Yousafzai returns to Pakistan for the first time since she was attacked by members of the Taliban in 2012.  She gave a speech highlighting the $6 million put forward to helping girls get access to education in Pakistan and was welcomed home by the Prime Minister.

• How is Malala Yousafzai different than other activists? How has the trauma of her attack helped her push the movement for girls education? She says that she is happy for all that she has done for Pakistan, specifically.  In the future will she be focusing on other countries in need of funding for these same education issues?

• Read about the Malala Fund partnership with Tim Cook, CEO of Apple.

Malala Yousafzai, who at the age of 14 was shot by a member of the Taliban for her outspoken views on the importance of girls’ education, has returned to Pakistan for the first time since the attack.

The Nobel Prize-winning activist, now 20 years old, visited the country on Thursday to meet with Prime Minister Shahid Khaqan Abbasi. She also delivered a moving speech about her attack and women’s education in Pakistan, CNN reported.

In 2012, Yousafzai and her classmates were attacked by Taliban gunmen on a bus ride home from school in Swat Valley, Pakistan. She was left with serious injuries to her head and neck, and was further threatened with violence. Yousafzai made an inspiring recovery, moved to the UK, and continued her efforts toward improving women’s education. In 2014, she was the co-recipient of the Nobel Peace Prize along with Kailash Satyarthi, an Indian children’s rights activist.

Yousafzai celebrated the fact that “more than $6 million” has been put toward education in Pakistan in the years since her attack. In the future, she hopes “we all join hands for the betterment of Pakistan … to empower our women so they can earn and stand on their own two feet.”

In 2013, Yousafzai founded the Malala Fund — an organization dedicated to fighting for women’s rights to education in countries like Pakistan, Afghanistan, India, Nigeria, and more.

Over the years, the Malala Fund’s Pakistan programs have worked to increase enrollment for girls at secondary schools throughout the country and provide domestic laborers with free education, among other efforts. And funding has gone toward repairing classrooms and purchasing books, uniforms, and supplies for girls’ schools, such as those damaged by flooding in Punjab.

Read the full article about Malala Yousafzai by Nicole Gallucci at Mashable.

Learning and benchmarking are key steps towards becoming an impact giver. If you are interested in giving with impact on Middle East and Central Asia take a look at these selections from Giving Compass.