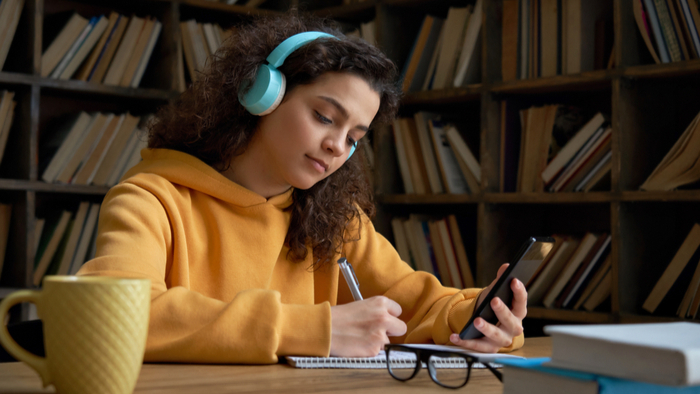 Though about 12 million students in this country still lack any internet access at all—a problem cast into relief during the pandemic—there is good news: That number is steadily shrinking.

Multiple studies and surveys have documented the ever-narrowing digital divide.

Yet, even as the number of unconnected students declines, there is another group that, for years, has made virtually no headway. That is students who are “under-connected.”

“There are still a proportion of families who have no internet access, and that’s massively important,” says Vikki Katz, associate professor in the School of Communication and Information at Rutgers University. “But there are many, many, many more kids who, if we’re just focused on ‘access,’ we’re ignoring. We’re going to miss this huge number—millions—of families.”

Students and families who are considered under-connected are those who have internet access and devices in their home, but not at a caliber or quality sufficient for smooth and consistent online learning.

In the spring, exactly six years since conducting a similar study and one year since the start of the pandemic, a team at New America surveyed more than 1,000 low-income families with children between the ages of 3 and 13 to understand what remote learning was like for them.

The team, which included Katz, specifically talked with families with household incomes below the national median of $75,000 a year and reached them by landline and mobile phones, rather than through the increasingly popular method of online questionnaires. These methods, the researchers felt, were essential for getting a true sense and scope of the issue. (As one of the researchers explained, you can’t fully understand how families are experiencing digital inequity if you only talk to those reachable through the internet.)

Read the full article about under-connected students by Emily Tate at EdSurge.