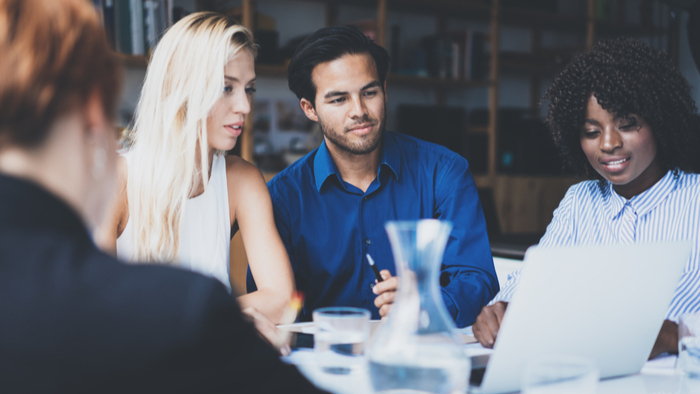 Many companies talk the talk when it comes to diversity, but it’s harder to know if a firm is actually going the extra mile to hire more qualified people from underrepresented groups, or if they just make noise about it. Blendoor, a six-year-old startup, wants to put data to work on the problem by giving companies a score based on publicly available data to let the world know just how diverse a company actually is.

Blendoor founder and CEO Stephanie Lampkin says that when she launched the company, it was more focused on finding qualified diverse candidates by mitigating unconscious bias in the hiring process. That involved removing name, age, gender or any other indications that could potentially create bias and just let the person’s work record stand on its own. She said that the startup targeted companies that had made public DEI pledges as a natural place to start.

As the company directed its efforts in this direction, however, Lampkin says that it quickly became apparent that the public positioning of a company, and how it directed its hiring resources, were often two different things, and she decided to switch focus. “So we decided to create an index, a credit score, and we pulled in a ton of data from their diversity reports, their EEO One forms if they publish them and all of this buzz around different pledges and investments and partnerships, etc.,” Lampkin told me.

She then took this data and structured it, normalized it and built an algorithm that could dynamically score companies much the same way that our credit rating or security scorecards work and make that information public.

She said the George Floyd killing was a turning point for her and the company. “When George Floyd [was killed] and I saw this resurgence of the diversity pledge, I decided that I don’t want to play in this diversity theater anymore and just be another check-the-box-solution that companies are using to demonstrate that they care,” she said.

Read the full article about Blendoor’s data on diversity by Ron Miller at TechCrunch.