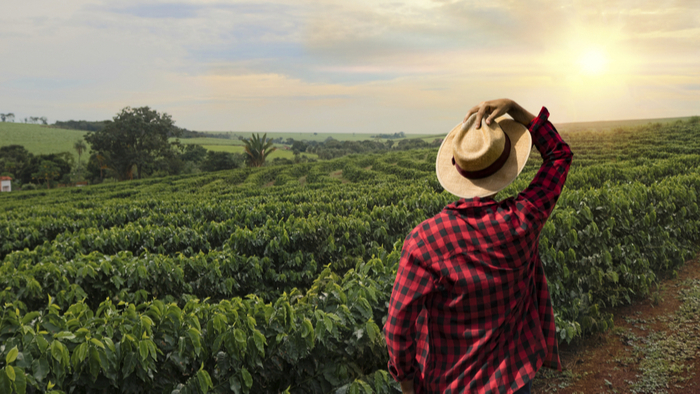 • A small coalition of farmers is working together to mitigate the effects of climate change on their livelihoods by utilizing regenerative farming practices.

• How can funders support regenerative farming efforts? What can regenerative agriculture look like in your area?

The growers, all members of Practical Farmers of Iowa, are here to learn how Rosmann copes. A rare alliance of organic and conventional farmers, their views on climate change run the gamut of opinion. They meet on different farms around the state to share practices and today have come out for a “field day” to observe how Rosmann and his family produce beef, pork, chickens, eggs, popcorn, and grains on 700 acres—without chemicals.

While long-term climate change is prompting growing activism, farmers like these often register its near-term effects first. It contributes to soil erosion and severe weather events. It has increased annual precipitation in Iowa at least 8% over the past century, according to the state Department of Natural Resources. And the effects keep multiplying.

While they may not agree on what has gotten them here, growers such as Rosmann and Peterson are thinking beyond politicized climate change arguments to figure out solutions. They’re trying to adapt to the differences they’re experiencing, and even trying to mitigate them.

Along with fellow practical farmers members, they’re approaching agriculture more regeneratively: focusing on soil health, planting cover crops, reducing chemicals, and minimizing the runoff that contributes to the Gulf of Mexico’s fishless “dead zone.” In the age of climate change, their sharing of experience is increasingly vital.

In August 2019, Alan Sano, a central California farmer, argued in The New York Times that drought, heat, and wildfires have put growers at the climate-change frontlines. The U.N. Intergovernmental Panel on Climate Change had just warned that soil is being lost up to 100 times faster than it is forming. “We don’t need to read the science—we’re living it,” Sano declared.

Read the full article about the farmers addressing climate change by Lynn Freehill-Maye at Yes! Magazine.