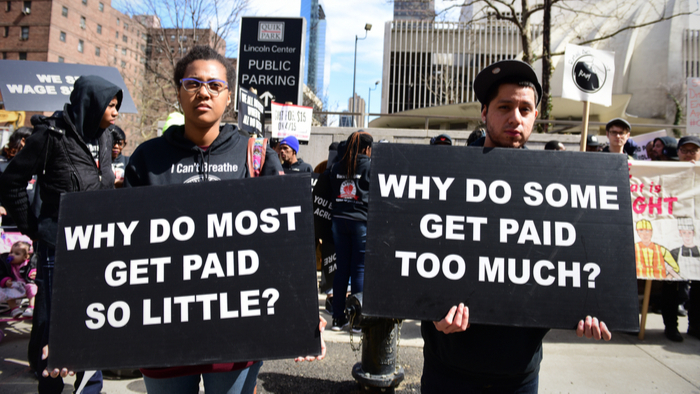 • Recent research indicates that there may be a relationship between raising the minimum wage and reducing the suicide rate.

• Find out what a living wage looks like in your area.

The evidence that minimum wage laws increase wages for employed people is pretty solid at this point. But four recent studies suggest another crucially important effect: They might save lives, too.

The newest of the papers, authored by John Kaufman, Leslie Salas-Hernández, Kelli Komro, and Melvin Livingston in the Journal of Epidemiology and Community Health, examined monthly data across the US from 1990 to 2015 and estimated that a $1 increase in the minimum wage led to a 3.4 to 5.9 percent decline in suicides among adults with a high school education or less. The authors also estimated that over the 26-year period, a $1 increase in each state’s minimum wage could have prevented 27,550 suicide deaths, or about 1,059 per year.

The paper has created a bit of a stir. But it’s just one of four studies in the past couple of years to find an association between higher minimum wages and lower death rates (specifically suicides).

If these findings hold up in subsequent research, they provide a new, persuasive rationale for raising the minimum wage.

Read the full article about minimum wage and suicide by Dylan Matthews at Vox.