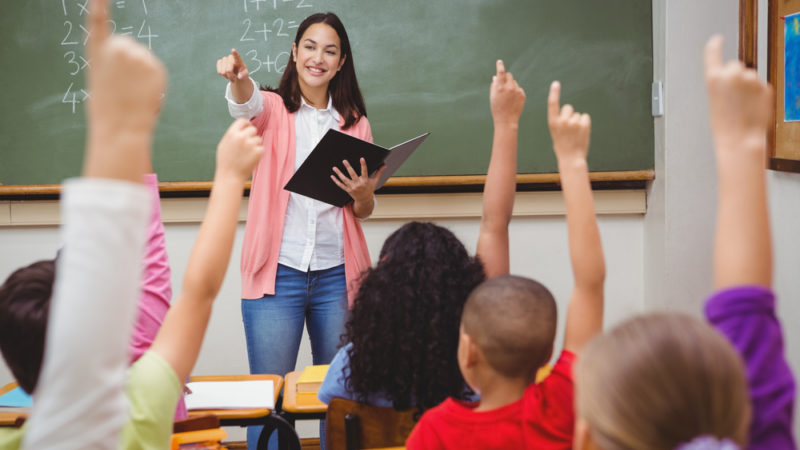 • Recently, most education reform has focused on literacy. Although this is an important part of development, The Brookings Institution discusses the lack of attention on math, especially among low-income students, and how schools can improve through smaller, more personalized instruction.

• Those involved in education initiatives know the importance of STEM learning for future workforce preparation, but early childhood development is a little more complicated: Are we asking our kids to absorb too much?

• Education is changing in this age of information. Read about learning in modern times.

Over the last few decades there has been a heavy emphasis on increasing literacy skills among low-income children, with federal and state initiatives designed to ensure that all children can read by grade 3. State and federal dollars have been spent to improve reading curricula, hire reading coaches and provide tutoring and small group support for struggling readers. However, much less emphasis has been placed on improving the early math skills of students in low-income schools. Kindergarten classes typically devote less than one hour per day to math compared with over 1.5 hours for literacy. Moreover, kindergarten math instruction is often very basic, covering topics that students know when they enter kindergarten such as simple counting and shape recognition.

This is true despite research having shown that math skills are highly correlated not only with later math achievement but also with later reading achievement, high school completion, and college attendance.

A possible response to this situation would be small-group interventions designed to build young children’s math skills. Such interventions have a long history in literacy, and a strong research base suggests that small group literacy instruction is effective. In the area of math, there are few well-developed programs to provide supplemental math support or enrichment to young children, let alone rigorous research to determine whether such programs are effective.

Read the full article about the benefit of small group math instructions by Robin Jacob and Brian A. Jacob at The Brookings Institution.

If you are looking for opportunities to learn and connect with others interested in the topic of Early Childhood Education, take a look at these events, galas, conferences and volunteering opportunities aggregated by Giving Compass.

If you are looking for opportunities to take action and give money to Early Childhood Education, here are some Giving Funds, Charitable Organizations and Projects aggregated by Giving Compass where you can take immediate action.