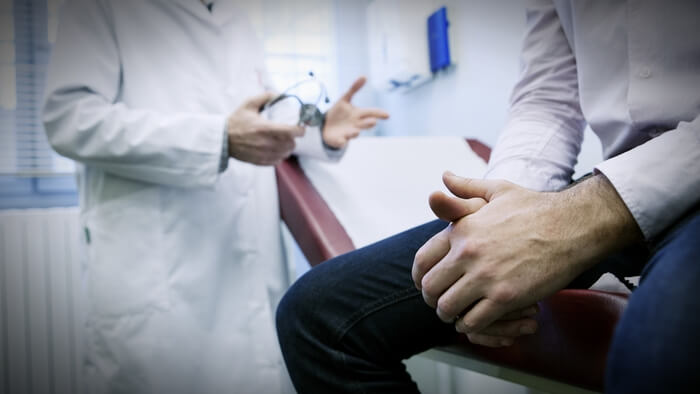 • Sabrina Richards explains how targetted treatments for prostate cancer are changing the course of recurrence, highlighting the importance of combination therapy and opening new lines of research inquiry.

• How can funders best assist the pursuit of more effective prostate treatment?

The character of recurrent prostate cancer is changing in response to more targeted treatments, according to work published in October 2017 in the journal Cancer Cell by scientists at Fred Hutchinson Cancer Research Center and the University of Washington. The team found that as treatments more effectively target the androgen receptor—the molecular engine that drives prostate cancer growth—prostate tumors developed a new way to resist treatment: by ditching the androgen receptor and turning on an entirely different pathway to fuel growth.

The findings support a growing movement toward combination therapy in prostate cancer treatment as a way to head off new drug-resistant forms of the disease.

The vast majority of men diagnosed with prostate cancer can expect to live long, full lives. Right now, the 10-year survival rate is 91 percent. But in some men, the disease rears its head again or presents in an advanced stage. Once it recurs, oncologists keep prostate cancer in check with treatments that prevent sex hormones like testosterone from feeding tumor growth.

New, more potent versions of these treatments aren’t raising the rate of prostate cancer recurrence — in fact, men being treated with today’s androgen receptor–targeting therapies are living longer than ever. But when tumors do resist treatment with these drugs, the rate at which they’re developing the new bypass is rising, said Nelson.

Learning and benchmarking are key steps towards becoming an impact giver. If you are interested in giving with impact on Cancer take a look at these selections from Giving Compass.