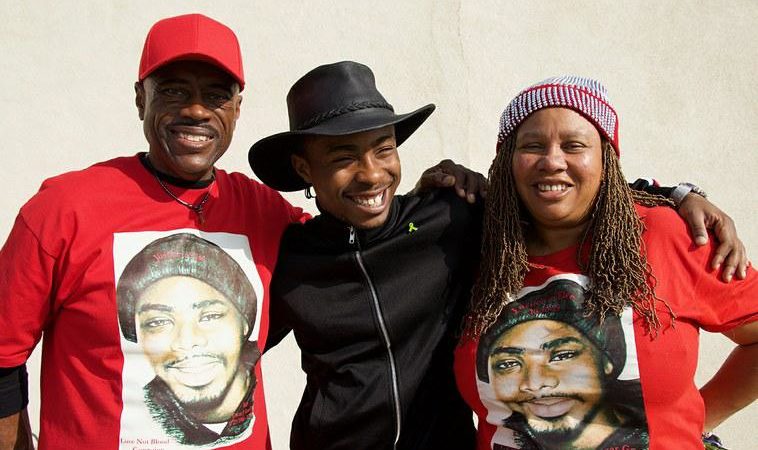 • Ten years ago, Oscar Grant’s life was cut short on a train platform. As YES! Magazine reports, his family is now building bridges between police and the community.

• How might this inspire others to advance more reforms in communities affected by such violence?

Oscar Grant III was an unarmed Black man killed by a police officer in Oakland, Calif., years before Black Lives Matter drew national attention to the growing number of unarmed Black men, women and children who die at the hands of law enforcement officers — what some scholars are calling an epidemic.

Jan. 1 marked 10 years since the 22-year-old father was fatally shot by the Bay Area Regional Transit officer in the early morning hours of New Year’s Day.

In the decade since his tragic death, Grant’s family has helped to create a police citizen review board of BART, established a foundation, and launched a campaign to not only help bridge the gap between police and the community, but also to build a nationwide network of families affected by such violence.

“That’s a club that nobody wants to be a part of,” says Grant’s aunt, Beatrice X Johnson. “We can offer them love, support, and steps to getting justice, because we are the only ones that truly know what they’re going through.”

Inspiring Stories is a complex topic, and others found these selections from the Impact Giving archive from Giving Compass to be good resources.