Partnering for Black Communities: How to Improve Outcomes Now and in the Future 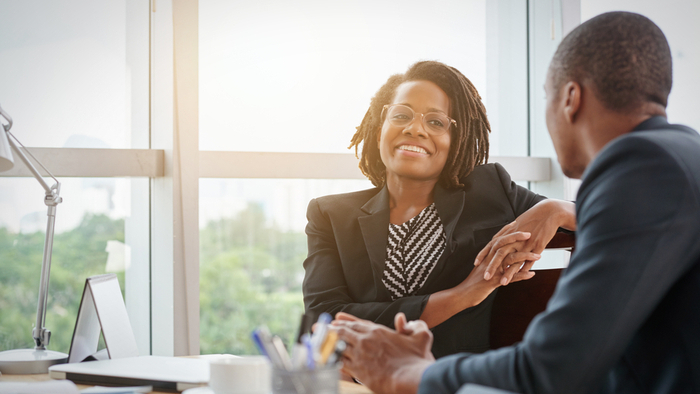 America is at a remarkable inflection point. As the country becomes more diverse, older and technology-focused, evidence suggests that we will encounter challenges that stem from differences regarding political ideology, values, principles, and beliefs.

While the United States has always been a nation in flux, rarely has it seen the volume of tectonic shifts it will experience between today and 2080. These fundamental changes will require all sectors of society – government, nonprofit and business – to adapt; philanthropy, both in its current and evolving forms, has a central role to play.

Significant changes will also occur for African descendants in the United States. Definitions of race are expected to change and adapt given the growth of mixed-race children and emerging self-identity terms. However, in the nearer future:

While the future will bring a “browning of America,” history teaches us that power is not easily shared across race, age, gender, and orientation. In addition, past and present public and private sector policies continue to disadvantage Black communities. As a result, subsets of our population continue to face glaring disparities on most indicators of well-being, such as housing, education, and health care. Eliminating income inequality will require intentional public policy efforts to dismantle systemic inequality and institutional racism. While Black entrepreneurs start businesses at an exponential rate than any other racial ethnic group, our ability to access capital to scale these ventures is disproportionality weaker. And while grassroots organizations are turning out Black voters we continue to encounter backlash by federal, state, and local government to undermine our political power.

That’s where a philanthropy network like ABFE comes in.

Driving Change in the Past, Present, and Future

ABFE was founded at a critical time for Black America; during the iconic post-civil rights era, many Black organizations formed to multiply the policy and legislative wins of the 1960s. As we move towards our 50th anniversary, we face both similar challenges as well as new struggles that will require a stronger, more diverse network to activate philanthropy as a significant lever for social change. Our main goal moving forward to is to strengthen and re-build Black social change infrastructure to facilitate racial equity and justice and to use the assets of our community and philanthropic network. We hope to accelerate progress so the broader community can achieve its most ambitious goals.

To get there, we support the philanthropic sector through professional development, networking, and advocacy in service of the Black community. Since its inception, ABFE has been a crucial source of support for Black professionals working in a field with known challenges in regard to diversity and inclusion. Many senior leaders credit ABFE for their successful rise and sustainability in the field.

As importantly, ABFE has been the conscience and representative voice of the sector, leading provocative conversations and dialogue that prioritized the issues of equity and fairness relative to Black communities and those under marginalization. From its demands for affirmative action in the foundation sector in the 1970s, to programming of negative media portrayals of our community in the 1980s, to the spotlight on African apartheid and its similarities to American racism in the United States in the 1990s, the organization challenged foundations to face monumental societal issues and discuss the role of philanthropy in addressing them.

ABFE: What Donors Can Expect

As we embark on the next 50 years at ABFE, we know that the work ahead requires collaboration. Here is one example of an  issue we’re tackling; we invite donors to join us:

ABFE has organized funders to exchange capital-raising strategies that support Black-led organizations dedicated to fostering social, political and economic power in our community. Specifically, our Black Social Change Funders Network has engaged more than 300 funders in strategy conversations, developed guidance for donors on strategies to support such groups, compiled an emerging list of Black-led movement organizations in select regions, and will soon disseminate both national and regional research on the fiscal health and well-being of these organizations. We invite donors to join us in learning how they may further support our efforts to elevate Black-led organizations.