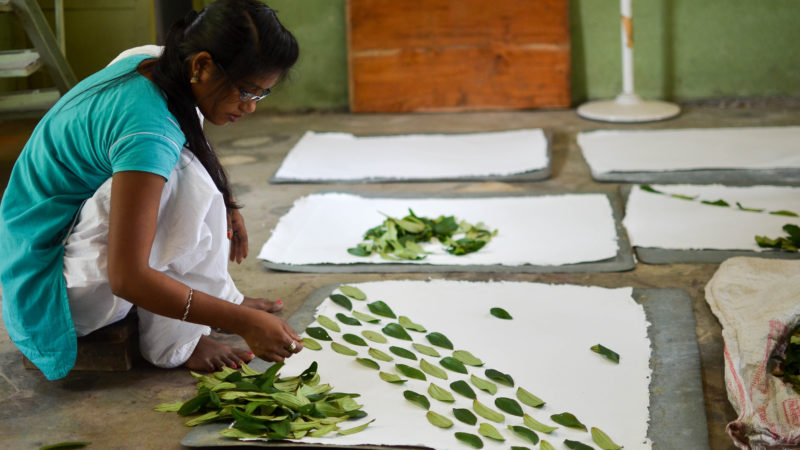 When thinking about the causes that are near and dear, most donors think about their contributions to their favorite nonprofits as “one way” transactions. A check is written, sent off, and expected to result in tangible social benefit. The money converts into a metric, one that ideally moves the needle on a particular issue.

What if we could add a dimension to this tried-and-true model: not only does the money effect social change, but it then comes back to the donor, in part or in full? What if it could even come back to the donor with some small financial return on top?

This possibility raises exciting and important implications for the traditional model of philanthropy. The donor suddenly has options to re-deploy the returned funds for additional impact. They can also pledge the returns to the same nonprofit, and have the organization regularly report back on the “multiplied” impact those dollars are having in the future.

Our organization, Upaya Social Ventures, operates at the intersection of traditional capital markets and philanthropy. For the past seven years, we have raised philanthropic dollars and put them to work as investment capital into early-stage enterprises that employ the poorest of the poor in India. We fundamentally believe that philanthropic capital is the best risk capital, and is able to penetrate highly marginalized communities and environments where traditional investment capital fears to tread.

To date, Upaya has invested in 14 companies in India that have created more than 10,500 dignified jobs ranging from manufacturing eco-friendly palm leaf dinnerware to recycling corporate waste to increasing incomes for smallholder farmers. Despite the diversity of these jobs, across our portfolio we see jobholders moving out of extreme poverty within one year of starting a job. Of the 14 companies invested in, Upaya has experienced three successful exits.

In the past, we have successfully experimented with recoverable grants; several foundations have provided grants to be invested into specific companies. If, after an agreed-upon tenure (say five years) Upaya is able to exit successfully, we return the original grant to the foundation and in some cases provide some small return on top. This return is negotiated with the donor as part of the grant agreement but will always be below a market rate return to satisfy IRS guidelines. Whatever remains is recycled within Upaya and committed to the furthering of our mission.

Recoverable grants are appropriate to support the kind of program activity that leads to asset building—situations where capital is needed to stimulate economic development, but is not needed for ongoing subsidy. From the donor’s perspective, they can be a great tool to magnify the impact of the donor’s philanthropic dollars.

However, they can be more complicated to structure and account for and there is no guarantee of a return. In the event that the recoverable grant is not returned, the grant is treated as a traditional philanthropic gift that drove positive social outcomes.

This fall, Upaya is scaling up this practice. Instead of putting in place one-off, bi-lateral agreements with foundations, Upaya is launching a campaign powered by a select group of donors who are creating a pool of recoverable grants.

Participants in the pool commit to units of $50,000 each, payable to Upaya to draw-down as investments warrant over five years. These funds get pooled with other donors’ funds and will be used to make up to 20 investments in the first five years. By pooling funds, we diversify the portfolio and hence, there is a greater chance of portfolio-level return, which will be distributed by Year 10, the final year of the pool.

Our due diligence targets early-stage enterprises that are primed to expand and, above all, positioned to create hundreds or thousands of lasting, dignified jobs for the extreme poor. As the businesses grow and our investments are returned, those philanthropic dollars grow and are renewed for even further impact. Donors can choose whether to have their returns paid out or re-committed to Upaya.

What is exciting about this recoverable grant pool, and other like-minded initiatives (Ceniarth recently unveiled its Impact First Capital Preservation strategy in a similar spirit), is that we are building on traditional philanthropy, creating additional innovative tools to help plug gaps in market-based economies, and benefit those who may otherwise be left behind.

As an organization, Upaya will always be committed to impact first. We will undoubtedly have cases where we help build jobs in extremely difficult environments, and perhaps those businesses do not produce significant financial return … so we’re left with unremarkable financial return, but tremendous social return. Our own experience, however, does tell us that we’ll also have businesses that are hugely successful financially, whose proceeds can pave the way for future enterprise development. We have a duty to deploy philanthropic funds in creative ways to ensure we will always have the resources to fuel our most exciting, world-changing ventures.

How to Get Involved:

If you are looking for opportunities to learn and connect with others interested in the topic of Global Poverty, take a look at these events, galas, conferences and volunteering opportunities aggregated by Giving Compass.