Prison Guard is a Dangerous, Low-paying Job. What Are the Consequences of That? 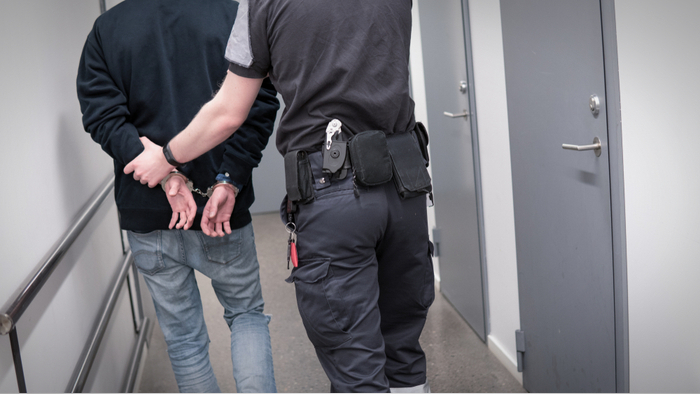 • Joseph Neff and Alysia Santo explain that when prisons have trouble finding people to take dangerous, low-paying prison guard jobs gangs can end up in charge.

• How can funders work to ensure that prisons are appropriately staffed? What staff can effectively help prisoners stay safe and get rehabilitation help?

• Read about the prison industrial complex.

It was a prison brimming with violence, awash in weapons—and severely short on guards to patrol its cell blocks. But security-camera footage caught the action when Brad Fitch arrived in unit F at Mississippi’s Wilkinson County Correctional Facility on Jan. 31, 2018.

This story is published in collaboration with the USA TODAY Network, Jackson Clarion-Ledger and the Mississippi Center for Investigative Reporting.
The two sets of sneakers, pacing outside the cell he had occupied for six hours. His race through the dayroom, his white t-shirt soaked in blood. His desperate run for the locked exit, chased by two prisoners. The slash of a handmade knife—a shank—as he stumbled.

The rain of blows that left him curled up on the floor of a shower stall in a pool of his own blood, 10 stab wounds in his back.

His attackers, after performing what investigators later concluded was a gang-ordered hit, walked calmly away. Even when a handful of guards turned up and found Fitch, inmates continued to mill around, heating up snacks in a microwave just yards from where he lay.

Such a nonchalant display of gang power wasn’t unusual at Wilkinson, a 950-bed maximum security prison where there have been at least four gang-related homicides in the last two years.

In fact, the warden relied on gangs to keep the peace.

Like most prisons in Mississippi and a growing number across the country, Wilkinson had trouble finding people willing to take dangerous, low-paying guard jobs (more than a third were vacant, and annual turnover was close to 90 percent).

Jody Bradley, the warden, had turned to gang leaders to keep the inmates under control. His explanation of this situation is contained in a confidential “critical self-analysis” on the prison that was obtained by The Marshall Project. The internal audit was produced last December for Management & Training Corporation, or MTC, the private company Mississippi pays to manage Wilkinson. The prison is located in the tiny town of Woodville near the Louisiana border.

Read the full article about the lack of prison guards by Joseph Neff and Alysia Santo at The Marshall Project.