Progress for the LGBTQ+ Youth Who Need Us Most 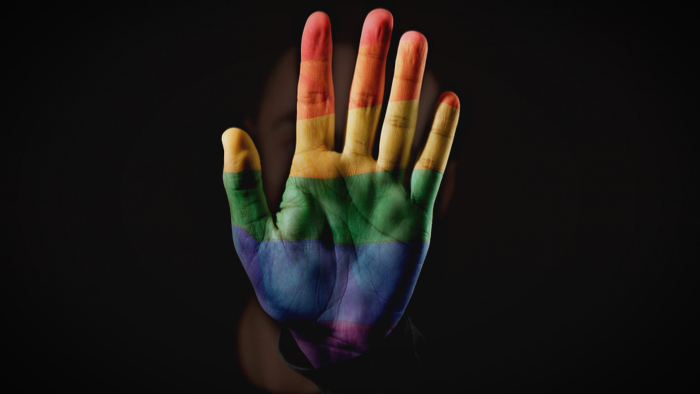 “I started living on the streets because my home wasn’t safe. I kept getting kicked out. Foster care wasn’t great for me, so I would be back on the street… I had to survive so I started selling drugs and then I’d get arrested and go to juvie. I was 15 years old. I couldn’t get a job.”

These are the words of one youth who belongs to the LGBTQ+¹ community in Washington, but it is the story of far too many. Life in foster care or juvenile courts can be tough for any young person. And surviving on the streets, while couch-surfing, or in shelters presents even more challenges for each and every youth who has to face it. However, adding these experiences with being LGBTQ+ has been a formula for unique forms of trauma and marginalization.

To make matters worse, being LGBTQ+ appears to increase involvement in these systems in the first place. LGBTQ+ youth—especially LGBTQ+ youth of color—are substantially overrepresented in foster care and juvenile courts, and among youth accessing homeless services. Approximately 20 percent of youth in foster care and juvenile courts identify as LGBTQ+ even though LGBTQ+ youth only make up about 7 percent of the general youth population. When we look at the homeless youth population, 40 percent identity as LGBTQ+. These statistics beg the question: Why are there nearly three times as many LGBTQ+ youth in our systems as there are in the general population and nearly six times as many experiencing homelessness?

For the past six years, the eQuality Project at the Center for Children & Youth Justice has focused on this and related questions—but not by looking at more numbers. Instead, we launched eQuality by listening to LGBTQ+ young people across Washington who had lived experience in these systems. They shared their personal stories of family rejection, unsafe schools, disproportionate punishment, and day-to-day slights and dismissals. While each youth with whom we spoke is an individual, they described common trajectories, many of which involved foster care, juvenile courts, and homelessness. Combining these stories with surveys and interviews with youth-serving professionals, we published the report, Listening to Their Voices.

Listening to Their Voices describes foster care and juvenile court systems that—despite being made up of some well-trained and even more well-intentioned professionals and caregivers–have failed overall to ensure the health, safety, and well-being of LGBTQ+ youth. Such failures have often led to homelessness or eliminated an opportunity to intervene in homelessness. The report described systems that could be safer and more affirming for LGBTQ+ youth with training, connection to LGBTQ+ resources in the community, and effective implementation of the strong anti-discrimination protections that Washington laws and policies already provide.

Yet, CCYJ is not content merely describing what safer and more affirming systems could be; we are committed to creating those systems. Following Listening to Their Voices, we partnered with hundreds of youth-serving professionals, caregivers, and youth themselves over the course of a year to develop the Protocol for Safe & Affirming Care. Our report provides the foundation for our work; the Protocol provides the strategy—laying out model policies and practices for better serving LGBTQ+ youth. Putting strategy into action, we have begun implementation of the Protocol in nine sites. They include juvenile courts, foster care agencies, and homeless youth service providers, spread across Washington’s most urban and rural counties.

Regardless of the location or type of system, we have found that improving the lives of LGBTQ+ is a straightforward equation. eQuality is providing comprehensive training to professionals and connecting them to others who are doing similar work and ensuring youth have access to LGBTQ+ resources in their communities and the opportunity to talk about their sexual orientation and gender identity in a safe and respectful space. eQuality is elevating the visibility and the voices of LGBTQ+ systems youth.

There is no better time than now—Pride Month—to look for and see, to listen to and hear LGBTQ+ systems youth. To us at CCYJ, Pride is about celebrating the successes of the LGBTQ+ youth community and looking out for those within that community who are in most need of advocacy, empowerment, and justice. When a young person asked us early on in the project, “If the people in authority don’t think I’m an equal human being, why should I,” we knew exactly the community with this need. This Pride, join CCYJ and our hundreds of partners statewide in redoubling our focus, our efforts, and our resources on LGBTQ+ youth in foster care, in juvenile courts, and experiencing homelessness.

¹Individuals who might have previously used the terms lesbian, gay, bisexual, transgender, queer, and questioning to describe their sexual orientation, gender identity, and/or gender expression, especially younger individuals, are increasingly using a broader set of terms to describe themselves. Pansexual, non-binary, genderqueer, and fluid, among many others, are now common. The author has elected to use add the plus sign to the LGBTQ acronym as way to be inclusive yet concise.

If you are ready to take action and invest in causes for LGBTQIA+, check out these Giving Funds, Charitable Organizations and Projects related to LGBTQIA+.