Indigenous Americans in a Changing Climate 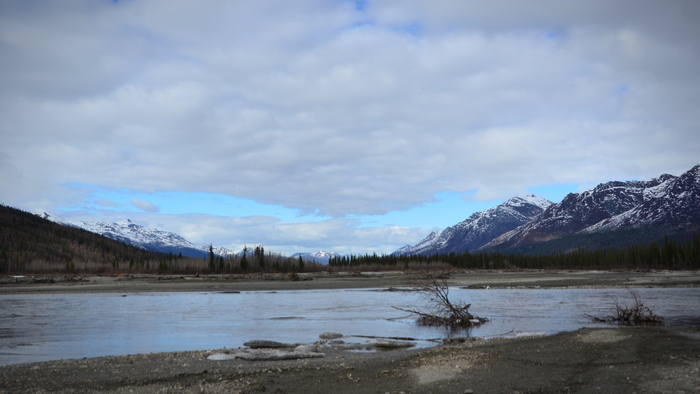 • In this interview, climate justice advocate Ruth Miller explains how climate change is impacting Indigenous people and discusses how collective power can be a solution.

• How are Indigenous people in your area affected by climate change? Where does this issue fit in your giving strategy?

From your perspective, how have you seen climate change affecting Native American communities in Alaska?

Native people, to this day, fundamentally live off the land. We depend on consistent migration patterns of caribou herds. We depend on the timing of the salmon runs to our bays and to our rivers. We notice when the permafrost is melting earlier. We notice when the weather patterns are changing because it affects the food that we gather for our communities. And so when harvests are coming at different times each year, when development projects are taking precedence over the importance of maintaining subsistence lifeways, Native people notice.

One example — it actually became a court case that was argued by the Native Americans Rights Fund about 10 years ago — was in the Village of Kivalina, where families in a Native village had become environmental refugees. They had to be relocated because the changing weather patterns and the changing temperatures along the coastline meant that sea ice was melting and no longer protecting their village from winter storms. This meant the land they had ancestrally occupied for thousands and thousands of years was falling into the water. And the state and federal governments were not providing them adequate resources to relocate away from the lands that they had lost.

Right now, one of the most pressing issues in Alaska is the opening of the Arctic Natural Wildlife Refuge. There are a number of development corporations backed by the Trump Administration that are intent on opening up the wildlife refuge to resource extraction and exploitative development projects. And it has been concluded, not only by Native people, but by scientists, that these development projects would fundamentally jeopardize the sustainability of the ecosystem of the area.

This refuge is one of the largest and most pristine wildlife areas in the country. Oil drilling would cause devastating effects that would be irreversible should this development be allowed. One of the largest caribou herds, the Porcupine Caribou Herd, is active in this refuge, which the Gwich’in people of the area still rely on for food.

So climate change is not just about the global temperature going up a few degrees. Climate change is about a fundamental disrespect and degradation of our environment that leads to acute and violent effects for indigenous people.

This article is part of our Climate Justice collection. Learn more about climate justice, or read the full interview with Ruth Miller about climate change and Indigenous people by MJ Altman and Chandler Green at United Nations Foundation.