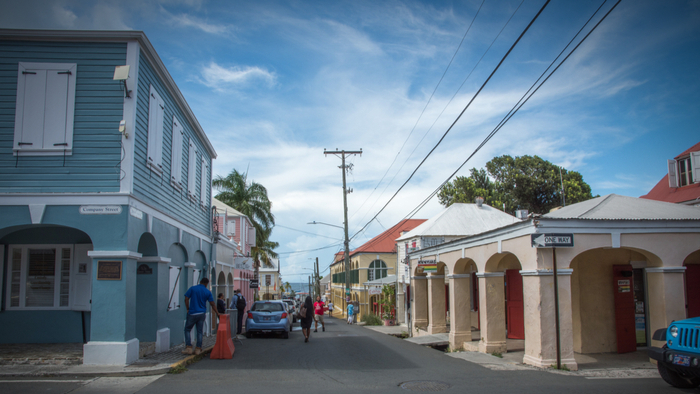 • Deanna James shares personal anecdotes about her time as a Black woman in philanthropy in St.Croix and data that demonstrates the larger problem of racism in philanthropy.

• What steps can you take to ensure that Black leaders have opportunities and support they need to lift up communities?

• Read about grantmaking for racial equity.

I believe deeply in the nobility and power of Philanthropy. In its rawest definition, Philanthropy is the Love of Humankind. It holds virtuous space in world economies, and its stewardship demands great care.

Of course, that’s the ideal. Unfortunately, the practice and principles that govern the field often fall short of that lofty standard. Five years ago, when I reluctantly agreed to take the helm of St. Croix Foundation, I didn’t realize that I would become the first native Virgin Islander and woman of African descent in at least 20 years (possibly longer) to head up one of three community foundations in the Territory. But I knew my leadership journey would demand a distinctive suite of competencies and would be wrought with unique challenges.

Having spent 12 years sitting stoically in front of donors—a predominant number of whom were white, older, and male—I have had to hold my chin up high as I listened to conversations most people of color in the Virgin Islands will hopefully never have to endure.

Early on, I was exposed to blatantly racist, subtly bigoted, and implicitly discriminatory exchanges on a regular basis.

However, back in 2015, immediately following the departure of the Foundation’s previous president, Roger Dewey (himself an older white man, who was both my professional partner and friend for 12 years), contributions declined rapidly. On the surface, it could be reasoned that this was in large part because many of the donor relationships nurtured by Roger were personal ones that he carefully cultivated over the course of his 22 years of service. But I also knew that the shift was rooted in a much more complex phenomenon seen in other local and national nonprofits.

Conducting some cursory research, I noted that 15 to 20 years prior, at a time when many nonprofits on St. Croix were fiscally ‘healthier,’ not only did we have ‘older’ money floating around our community, as well as a more intrinsically philanthropic donor base, but it just so happened that a significant number of leaders at some of the largest civic organizations on St. Croix were indeed white. This is, of course, not an indictment on those leaders in any way. It is just an honest assessment of our philanthropic and civic landscape that may get overlooked at times because Black people represent the majority population here.

While there are those who may argue that those white leaders were simply better administrators, I counterbalance that premise with this—they also had more donor access. Still others may argue that racism and implicit bias are not a factor in phenomenon like this, and definitely not in the U.S. Virgin Islands, where race issues are muted and seem less ‘pervasive.’

But the data reflects a much more complex and nuanced dynamic. According to a recently released study by the Bridgespan Group, “research found that, on average, the revenues of Black-led organizations are 24% smaller than the revenues of their white-led counterparts. When it comes to the holy grail of financial support—unrestricted funding—the picture is even bleaker. The unrestricted net assets of Black-led organizations are 76% smaller than their white-led counterparts.”

Read the full article about racism in philanthropy by Deanna James at GlobalGiving.