Remedying the Shortage of Black Educators 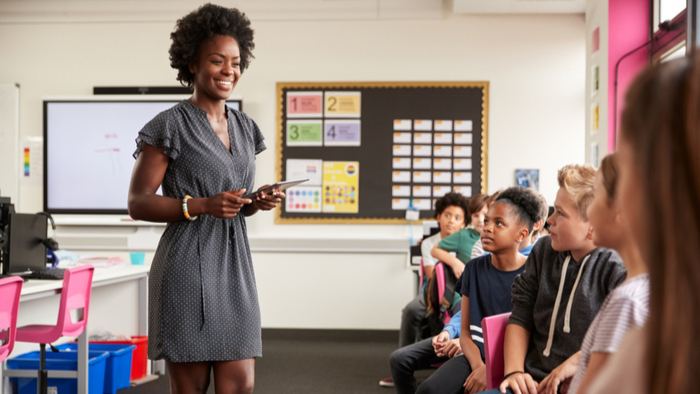 It’s a staggering shortfall that has real consequences for our students and our communities.

The majority of students never have a Black teacher at all from kindergarten to 12th grade, which is a travesty. Multiple rigorous studies have shown the positive impact of teacher diversity on all learners, but especially Black students. When Black students have at least one Black teacher by 3rd grade, they’re 13 percent more likely to enroll in college. With two Black teachers, they are 32 percent more likely to go to college. For low-income Black boys, their on-time high school graduation rate climbs by nearly 40 percent.

All of this is why the Center for Black Educator Development, a national nonprofit created to build a national Black teacher pipeline and where I serve as CEO, is launching the national campaign #WeNeedBlackTeachers, and we are kicking it off with a national day of action on Sept. 9.

Read the full article about achieving educational justice by Sharif El-Mekki at EdSurge.