Reports of Domestic Violence Rose During COVID. Why Didn’t Rates of Arrests? 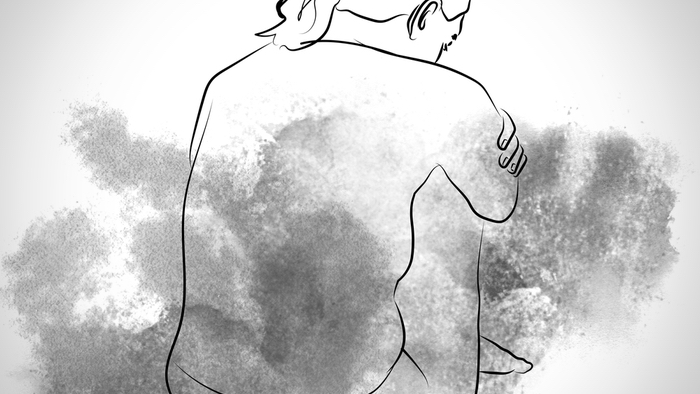 COVID-19 stay-at-home orders surely saved many lives, but a growing number of studies document that lockdowns led to more reports of domestic violence.

Even as 911 calls for police help increased, official reports and arrests for domestic crimes fell by 6.8% and 26.4%, respectively, in the first two months of lockdown in Chicago.

I study the economics of crime and poverty. My colleagues, Lindsey Rose Bullinger of Georgia Institute of Technology and Analisa Packham of Vanderbilt University and the National Bureau of Economic Research, and I found this puzzling. How could 911 calls reporting domestic incidents increase without an accompanying increase in police reports of domestic violence?

Our research suggests that this discrepancy is due to pandemic-related changes in how third-party witnesses, law enforcement and victims respond to domestic violence. These changes, compounded by strained social services, have led to a systemic failure to protect victims of domestic abuse.

Third-party witnesses play an important role in reporting crime. Even if the same number of crimes occur, changing reporting volumes could artificially inflate or deflate crime rates. For example, child maltreatment allegations in March and April 2020 were 27% lower than expected in Florida because schools, where teachers and staff are mandatory reporters of child abuse, were closed due to COVID-19. At the same time, reports of child abuse and neglect that did come in were more likely to be confirmed with evidence in areas with greater stay-at-home compliance.

A similar trend can be seen with domestic violence reporting. Prior to the pandemic, domestic violence victims were twice as likely to report abuse to police compared to witnesses. Since lockdown, however, third-party reporting has increased while victim reporting decreased. One study found third-party domestic abuse reporting went up by 35% in Greater London. Other studies suggest that victim-reporting declined because victims were spending most of their time at home with their abusers, making it harder for them to call for help.

Third-party reporting rates were also higher for residents of higher-density housing, like apartments and townhouses. In residences where neighbors are nearby, stay-at-home orders increased the number of witnesses in close proximity to domestic disturbances. This is reflected by the 10.3% increase in 911 calls made from areas in Chicago with more renters, compared to the 7.4% call increase for the city overall. Neighbors who would have otherwise been at work, restaurants and gyms were now more likely to be at home and within earshot of abuse behavior.

Compared to before the pandemic, there was an estimated 11.2% decline in this ratio of domestic incidence-related crime reports to 911 calls for police service from March to April in Chicago. This meant that 600 fewer domestic crimes were officially documented by law enforcement than would have been expected over a five-week period.

Changes to how police interact with citizens may explain this decline. In the early days of the pandemic, officers were told to limit their contact with residents in nonemergency situations in order to minimize their own exposure to the virus. This may have led to reduced law enforcement response to domestic disturbances deemed less serious by police officers. While officers still responded to all 911 calls related to domestic issues, they may have not pursued official action if the situation had already defused before their arrival.

Victims had fewer options for escaping abusive situations during the pandemic.

Fear of COVID-19 exposure may have made victims less likely to file an official domestic violence report. Given that the Chicago Cook County Jail experienced a COVID-19 outbreak in late March and April, victims may have wanted to avoid getting their partner arrested. Furthermore, because many defendants are released before they are tried and not all arrestees will face charges, jail stays are often short-term. Individuals cycling in and out of Cook County Jail have been linked to accelerating the spread of COVID-19 in Chicago.

The pandemic also put the squeeze on personal and public resources across the board. Not only did women lose jobs at a higher rate than men during the pandemic, they also make up the majority of domestic abuse victims. Many shelters had to operate at limited capacity while demand for their services increased. This loss of financial and housing support may have made victims less confident that they could successfully leave an abusive household.

Better protections are needed for victims

Our research shows that stay-at-home orders have disrupted traditional abuse-detection processes and support systems in multiple ways. A real increase in domestic violence indicates that this disruption occurred at a particularly damaging time. Better measures need to be put in place in order to protect victims during future outbreaks and keep everyone safe during lockdowns.