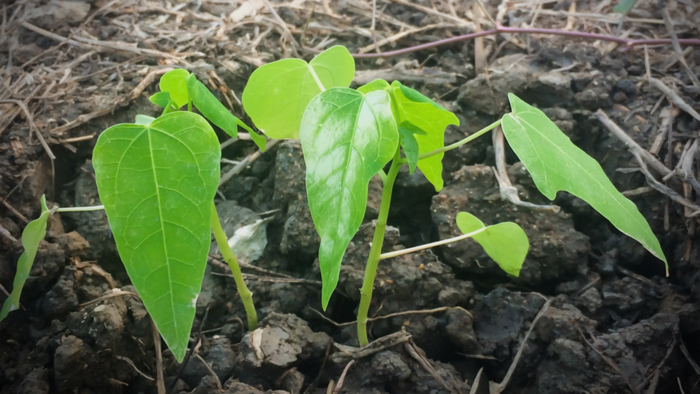 • Research shows that plants can help combat air pollution in a cheap, environmentally friendly way that does not require technology.

• Considering the severe impacts of air pollution, how can this solution be replicated?

• Learn more about the need for action to curb air pollution.

Restoring plants and trees near US industrial sites could reduce air pollution by an average of 27 percent, new study finds.

“Despite the proliferation of control technologies, air pollution remains a major concern across the United States, suggesting the need for a paradigm shift in methods for mitigating emissions,” begins a new study from Ohio State University. Did someone say paradigm shift? Good, because technology like smokestack scrubbers isn’t doing the job. So who you gonna call? The plant kingdom.

“The fact is that traditionally, especially as engineers, we don’t think about nature; we just focus on putting technology into everything,” said Bhavik Bakshi, a professor of chemical and biomolecular engineering at Ohio State University and lead author of the study. He adds:

And so, one key finding is that we need to start looking at nature and learning from it and respecting it. There are win-win opportunities if we do – opportunities that are potentially cheaper and better environmentally.

“Restoring land cover, where possible, to county-level average canopy cover can further remove pollution of SO2 [sulfur dioxide], PM[particulate matter]10, PM2.5, and NO2 [nitrogen dioxide] by an average of 27% through interception of particulate matter and absorption of gaseous pollutants,” notes the study.

And if this sounds like an expensive fix, get this: They concluded that in 3/4 of the counties analyzed, it was cheaper to use plants to mitigate air pollution than it was to add technological upgrades. The only place where tech was cheaper was for industrial boilers. The power of plants could be used to help quell the impact of emissions from industrial sites, roadways, power plants, and oil and gas drilling sites.

Given the tremendous ill health effects brought about by poor air quality – health issues like asthma, lung cancer and heart disease – and that 40 percent of U.S. inhabitants live with pollution, this is actually a pretty urgent matter.

Read the full article about how plants can reduce air pollution by Melissa Breyer at TreeHugger.