Study Warns Oregon Households Are at Risk of Homelessness 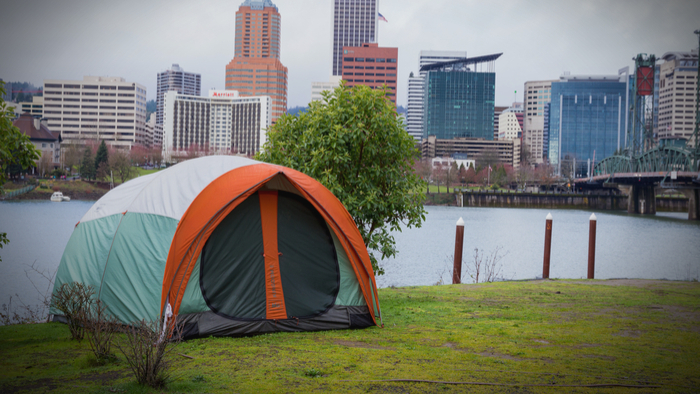 • A new study from a Portland economic firm reports that 156,000 households in Oregon are on the brink of homelessness, and that policy leaders need to do more to address this issue.

• What is the role of donors in Oregon to work with policymakers in curbing the homelessness concern?

• Read about these tiny houses made out of school buses in Oregon.

A new study from a Portland economic firm says that Oregon has a disproportionately large share of the country’s homeless population — and many more on the edge.

The report jumped off a study done two years ago in which Portland residents said they were split on whether they thought the growing number of people living on the street was caused by economic forces or individual choices.

The study’s authors said Wednesday that they think elected officials and policymakers have spent too much time and money alleviating the symptoms of homelessness and catering to residents who believe homelessness is a choice caused by people who don’t seek help for addiction or mental health issues.

Instead, the study’s authors, ECONorthwest, and funders, Oregon Community Foundation, called for state and local leaders to focus more on the large number of people who live on the edge of homelessness as well as people who have been homeless for a year or more and struggle to stay in housing.

Here are three big takeaways from the findings: