One Company Surfs to Sustainability In Costa Rica 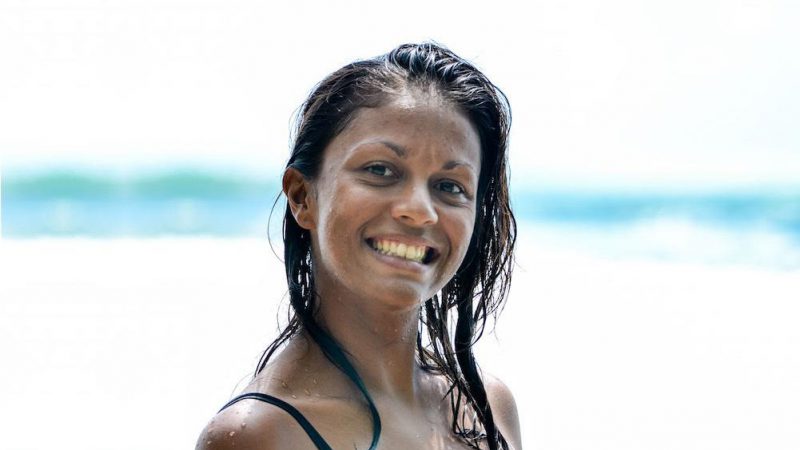 This article is an interview conducted with Adrianne Chandra-Huff as she discusses her organization in Costa Rica is changing tourism practices, making them more sustainable and impactful for the environment.

• This Journey is Ours profiles a tourism company in Costa Rica called Bodhi Surf + Yoga, which adheres to a mission of sustainability and promoting a pro-conservation message.

• How can other companies, big and small, learn from the lessons discussed here with one of the Bodhi Surf + Yoga’s owners, Adrianne Chandra-Huff? It’s about being good neighbors and caretakers in a community.

• Here’s how we can all start to build sustainable businesses for a healthier world.

I met Adrianne when I had the amazing opportunity to live and work with the owners of Bodhi Surf + Yoga: Adrianne, Gibran, Pili, and Travis in 2014. I was in Bahía Ballena, Costa Rica for almost three months and worked with the Bodhi staff to formalize their Travelers’ Philanthropy Program. It was an incredible opportunity that came to me at the end of my year-long fellowship with Fundación CRUSA through the Princeton in Latin America program.

Here at Bodhi, we host guests from all over the world, typically from Europe, Canada, and the U.S., as they come down to take part in surf and yoga. We have several structures within our lodge where our guests can stay. Our maximum capacity is 13 people. All of the owners play multiple roles at Bodhi. I am the cook, and I take care of most of our guests’ meal needs. I am also the guest liaison, which includes welcoming them as they arrive, being with them, answering questions, setting up tours and activities, etc. I have lots and lots of conversations with our guests. I have really placed value in spending time with our guests and creating friendships with them. I find it a really unique opportunity, especially given our larger purpose of the business, which is to promote pro-environmental behavior change. We use the experiences that we facilitate in this very natural area and use the amazing energy of the ocean to open people up to a way of life that is simpler, more natural, and one that makes less impact on the planet. We hope people take these experience with them and make changes in their own lives.

The film is becoming more than just about Bodhi. It is about development in Southern Pacific Costa Rica. She compares Jacó to our area and talks about what made this town choose to do tourism differently. She looks at how surf and marine tourism can affect development positively and negatively. The sustainable tourism industry is not perfect, but it is an opportunity. The hope for us is to disseminate more information and to inspire other businesses to be more sustainable.

Read the source article about Bodhi Surf + Yoga and sustainability in tourism by Shengxiao Yu at This Journey is Ours.