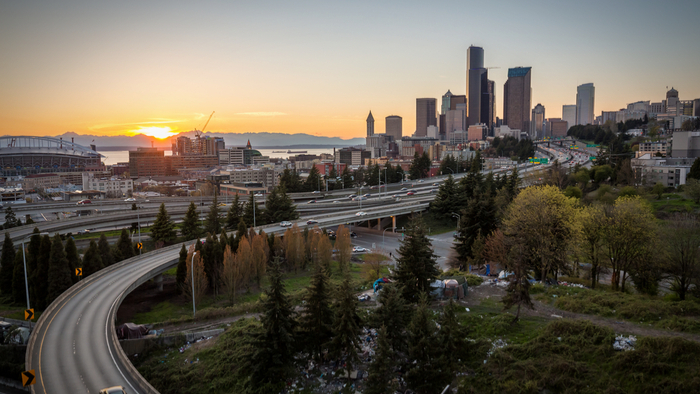 • Rebecca Gale explains how Seattle used data to reform the city’s homelessness efforts, a project that is still in progress.

• What can other cities learn from Seattle’s work? How can philanthropy help cities reduce homelessness?

Homelessness was on the rise in Seattle. In 2015, the mayor declared the problem a state of emergency. Even as the city increased its budget for homeless services — from $29m in 2005 to $50m in 2016 —  homelessness rates continued to rise. Myriad possible causes contributed, including Seattle’s expensive housing market and a marked increase in the opioid epidemic.

Seattle’s Human Services Department was sent a fellow, Christina Grover-Roybal, overseen by the Harvard’s Government Performance Lab as part of the Bloomberg Philanthropies What Works Cities Initiative, to study the inner workings and challenges of the city’s homeless services. Procurement (the way the city contracts with other nonprofits to shelter and resettle homeless populations) was flagged as a likely target for improvement.

Johnson and his team came up with five crucial performance metrics: exit to permanent housing, average length of stay in a homeless shelter, the effectiveness rate to keep people from returning, utilization rate of the shelter, and making sure the correct population was being served, i.e. are they people coming to the shelter homeless?

Next, they restructured the procurement process to tie three percent of the contract value to hitting the performance metrics, which required all providers to input data into the Homeless Management Information System, an online database which would then be analyzed quarterly. As of first quarter 2018, the first quarter such systems are in place, over 3000 households transitioned to stable housing, an increase of more than 1200 than had done so in the first quarter of 2017, without the data-driven metrics and new contracts.

Read the full article about tackling homelessness by Rebecca Gale at The Commons.

If you are looking for opportunities to learn and connect with others interested in the topic of Homelessness and Housing, take a look at these events, galas, conferences and volunteering opportunities aggregated by Giving Compass.