Teaching Kids Not to Be Scared of Math 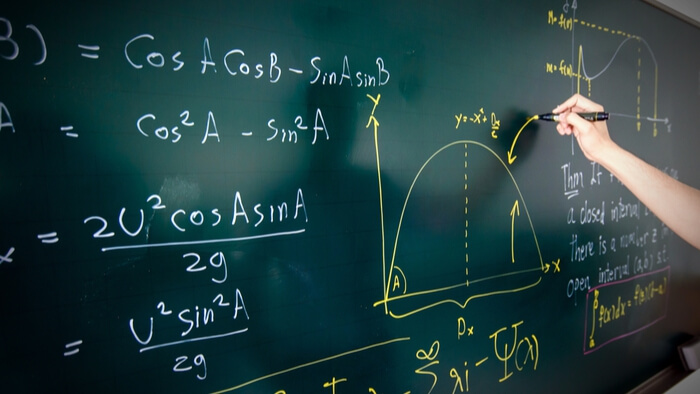 • The Hechinger Report profiles a teacher in the Bronx named Michael Gallin who is part of a growing number of educators trying to break through mental obstacles to math achievement.

• Gallin’s efforts aren’t in isolation. With the help of the Carnegie Foundation for the Advancement of Teaching, hundreds of schools around the country are “testing their own ways to re-energize students plagued by past failures.” The Carnegie program has already shown success in graduation rates.

• Another way to get students to engage in math? Teaching them skills with real-world context.

American students are bombing math. In 2015, a mere 25 percent of high school seniors were proficient in the subject, according to the National Center for Education Statistics, which produces the most reliable data on academic competency. Efforts to improve these numbers have abounded. Dozens of states have incorporated more rigorous standards through the implementation of the Common Core. Many schools have tweaked math classes to include more visualization and lessons that relate more to real life.

But Michael Gallin, a 34-year-old math teacher at KAPPA International High School in the Bronx, is part of a growing band of educators who believe that to help struggling students get ahead, teachers must also attack the emotional barriers that are holding them back. Repeated failures, they say, can be deeply scarring. Negative feelings spiral into damaging self-talk that eventually paralyzes students.

Gallin has a broad smile, a taste for trendy sneakers and a casual, but direct way of communicating. His students chop off the “Mr.” when talking to him, and affectionately call him simply “Gallin.”

Read the full article about how teaching kids not be scared of math could help them achieve by Kyle Spencer at The Hechinger Report.