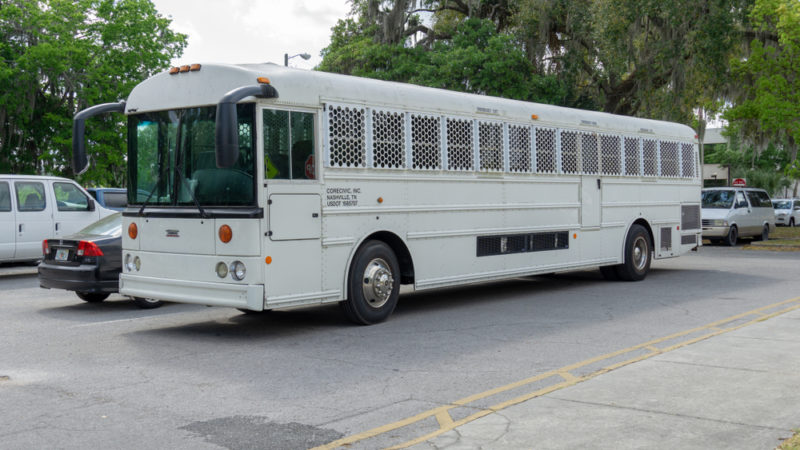 · Writing for The Marshall Project, Alysia Santo and Eli Hager address the dangers in the prisoner transport business and how companies have dodged liability of abuse and deaths aboard its vehicles.

· How can prisoner transportation business be held more accountable for the safety of the people they carry?

Johnny Smith spent almost 24 hours shackled in the back of a prison van—barely conscious and muttering incoherently—before he died there in 2011. A private company was hauling the 48-year-old to Florida from Kentucky to face a drug charge: possession of a single oxycodone pill.

A judge ruled that the company’s “carelessness and gross negligence” had caused the disabled construction worker’s death and awarded Smith’s children nearly $650,000 in damages.

Such lawsuits are the only recourse that families like the Smiths have against private prisoner transport companies, which remain almost entirely unregulated despite the industry’s extensive history of passenger deaths and injuries. Federal agencies that are supposed to oversee the industry almost never act, and because the vans cross state and county lines, local officials can say they don’t have jurisdiction.

To this day, the Smiths haven’t gotten a dollar of what they’re owed by USG7, the company that transported their father. As they and others have tried to hold the company to account for mistreating prisoners, an investigation by The Marshall Project and The New York Times found, the brothers behind USG7 have failed to appear in court, started a new company under a different name and claimed that its documents had gone missing in a U-Haul truck.

Yet the brothers, who operated out of Florida, have held onto lucrative contracts with jails and sheriffs. And they have acquired a major stake in the largest prisoner transport firm in the nation.

Read the full article about the dangerous prisoner transport system by Alysia Santo and Eli Hager at The Marshall Project.