The Fight for Transgender Rights Transcends the United States 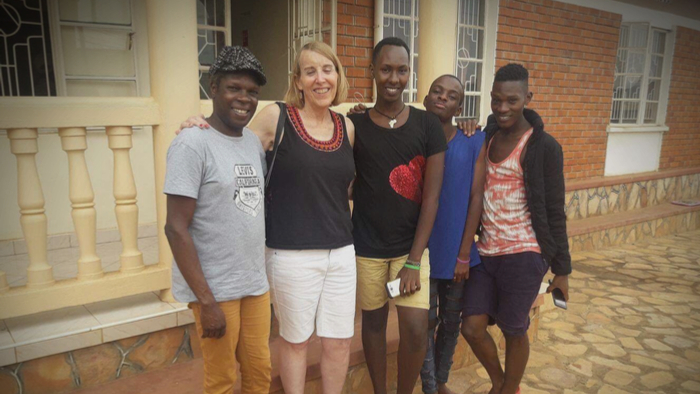 Being born in the wrong body is something most people are unable to understand or empathize with. It’s so difficult for some to comprehend that words like “abomination” have been used to describe transgender people: individuals whose gender identity differs from their sex assigned at birth.

For people in the transgender community, life is a journey through a rough terrain of confusion. Battling adversity — ignorance, discrimination, even having one’s bathroom breaks debated intensely in the political sphere — is a fact of life for many individuals around the world. But who is telling their story?

Being Transgender in the Global South

Schwenke is a transgender Quaker woman, a human rights activist, educator, international development practitioner, researcher, and author. She recently wrote a book, Self-ish: A Transgender Awakening in which she discusses her own transition and how to live “selfishly,” or authentically, as a trans person in today’s world.

“Human rights are about the self,” Schwenke said. “And unless we are selfish, we are not present in this world.”

Schwenke understands that her voice has the power to improve human rights both in the U.S. and around the world.

“I am here to stand in solidarity with global trans people and help to call attention to their own stories by telling my own story,” she said.

Her roles at human rights and development organizations and at the U.S. Agency for International Development have taken Schwenke to nearly 40 countries in the Global South where she has met other transgender people, like Beyonce.

Beyonce is a transgender woman and human rights activist, who survives by being a sex worker (there are few if any other jobs transwomen can have in her country of Uganda) and is frequently assaulted and harassed in unsafe environments. Basic necessities, like food, are difficult to access. Schwenke recalls the last time she was in Kampala with Beyonce.

“She just said it matter of fact,” Schwenke said. “That is her life, you eat when you can. And it just galvanized me to understand we were in such different worlds.”

Government and Laws that Discriminate

Schwenke says that while the prejudice felt abroad and in the United States might be similar, the main difference is how laws are structured in other countries. Simply put: Transgender people don’t enjoy basic human rights.

“In the global south there are so many laws depriving you of any kind of legal identity,” said Schwenke. “You don’t exist; you’re invisible. Trans people have no access to education, they have no health care whatsoever. No prospect of getting housing support or medical interventions to support them. The system just isn’t there.”

Trans people face more frequent discrimination and violence than even lesbian, gay or bisexual people, some of which comes directly from governments. For instance, in Kuwait, being transgender is a crime leading to frequent arrests, rape, and violence within the community. Between Oct. 1, 2016 and Sept. 30, 2017, 300 trans individuals were murdered around the world, according to the Trans Murder Monitoring Project. Twenty-five of these occurred in the United States.

What is the Right Path for Funding Trans Equality?

In order to make meaningful change, Schwenke says funding should be directed toward research. Currently, there is very little data on the international trans population that can be useful for implementing programs.

Schwenke says the creation of a social inclusion index would be useful to start a baseline. She also suggests that sophisticated baseline research be funded where such research capacity exists, in the Global North (the more developed countries). Such researchers will collaborate closely with researchers in the Global South, but at the moment what little funding exists is going almost exclusively directly to the Global South – despite the absence of adequate research skills there. She believes that utilizing the capacity, influence, resources and training of organizations based in the Global North will be able to catalyze change.

How Can You Help the Transgender Population?

Schwenke encourages us all to make spaces for transgender voices and provide opportunities for them to tell their story. People should actively be seeking out transgender individuals and give them the capacity to amplify their voices.

LGBT Funders offers a range of suggestions that you can do to help battle transgender issues: