The Prevalence of Police Officers in US Schools 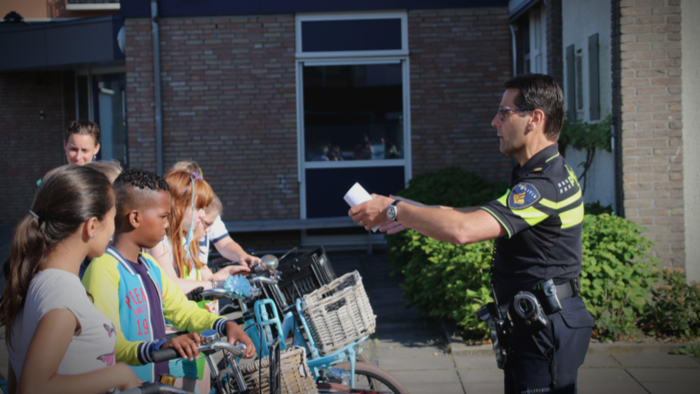 • The Urban Institute published a new analysis of the prevalence of police officers in schools and found that most high school students already attend schools with police officers while earlier studies show mixed results about the effects of their presence in school settings.

• Can schools create more innovative programs that involve a limited police presence and analyze the effects on gun safety?

• Read about how Denver is training their own police force to address the issue of police in schools.

In light of the many school shootings this year, parents, teachers, and policymakers have shown renewed interest in the utility and prevalence of police officers in schools.

Research on the effects of police on student and school outcomes is limited, and the evidence that does exist is mixed. A 2013 study found that as schools add police, they record more weapons and drugs crimes and report larger numbers of nonserious violent offenses to law enforcement. An earlier study found that the presence of a school resource officer, a sworn law enforcement officer assigned to one more schools after receiving training in school policing, is associated with more arrests for disorderly conduct but fewer arrests for assaults and weapons charges. A third study found the presence of police in schools does not improve student behavior.

We used data from the US Department of Education Office of Civil Rights to investigate the prevalence of sworn law enforcement officers in schools. As with other safety and security measures, including strict dress codes, video cameras, and metal detectors, we find that students’ exposure to police in schools varies by school level.

In every state, high school students are more likely than middle and elementary school students to attend a school with at least one police officer and the presence of police in schools varies by region and state.

Read the full article about police officers in schools by Constance A. Lindsay, Victoria Lee, Tracey Lloyd at Urban Institute

Crime and Safety is an important topic. Other members found these Giving Funds, Charitable Organizations and Projects aggregated by Giving Compass to be relevant to individuals with a passion for Crime and Safety.