These Skateboarding Girls Are Tackling Gender Inequality in Afghanistan 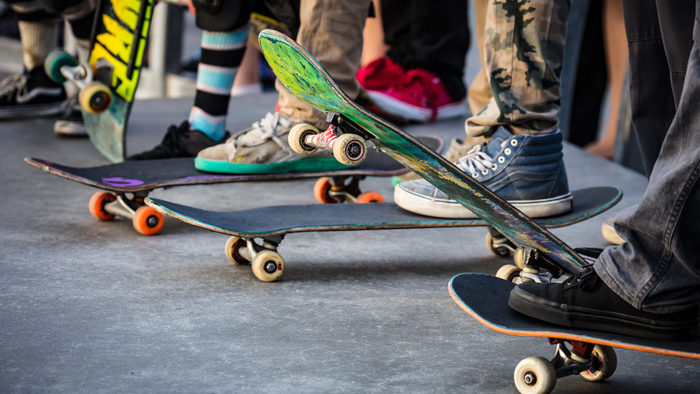 • How can countries go beyond changing laws to change the culture and truly achieve gender equality?

Girls in Afghanistan are taking a leap forward — one ollie at a time.

“Learning to Skateboard in a Warzone (If You’re a Girl),” which won the Academy Award for Best Documentary Short Subject on Feb. 9, captured the stories of young skateboarding girls challenging gender norms.

“This movie is my love letter to the brave girls of [Afghanistan],” director Carol Dysinger said when accepting the award.

The documentary covers the Afghanistan nonprofit Skateistan, which teaches girls in impoverished neighborhoods to skateboard, and also educates them so that they can join or re-enter the Afghanistan public education system.

“They teach girls courage,” Dysinger said in her acceptance speech. “To raise your hand. To say, ‘I am here. I have something to say. And I’m gonna take that ramp. Don’t try to stop me.”

Skateistan was started by Australian skateboarder and researcher Oliver Percovich, who visited Afghanistan in 2007 and let teenagers borrow his skateboards shortly after. In 2008, Percovich began hosting organized skate sessions, which Afghan girls started to attend.

Read the full article about tackling gender inequality in Afghanistan by Brandon Wiggins at Global Citizen.