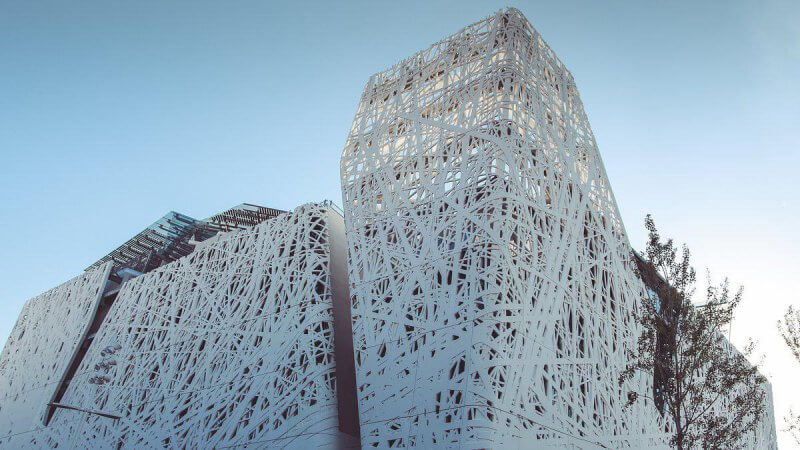 • Italian scientists are working with a building company to create a cement that absorbs pollution out of the air.

• What other ways can scientists and contractors collaborate on greener architecture?

• Learn about the benefits of managing stormwater using nature.

It’s a health concern that’s easy to ignore because we often can’t see it, but air pollution kills roughly 4.6 million people each year. In Italy alone, nearly 100,000 people died in 2012 as a result of poor air quality. For this reason and more, Italian scientists have teamed up with the building company Italcementi to create a type of concrete that draws pollutants right out of the air.

Here’s how it works: When the sun’s ultraviolet light comes in contact with the cement, it interacts with a titanium catalyst. This chemical reaction pulls in toxins and forms harmless salts that wash away when it rains.

Additionally, the mortar is made from 80% recycled aggregates, part of which consist of scraps from the cutting of Carrara marble, and therefore provide a superior brilliance compared to traditional white cements,” the company said in a statement.

Read the full article by Kate Ryan about pollution from GOOD Magazine.