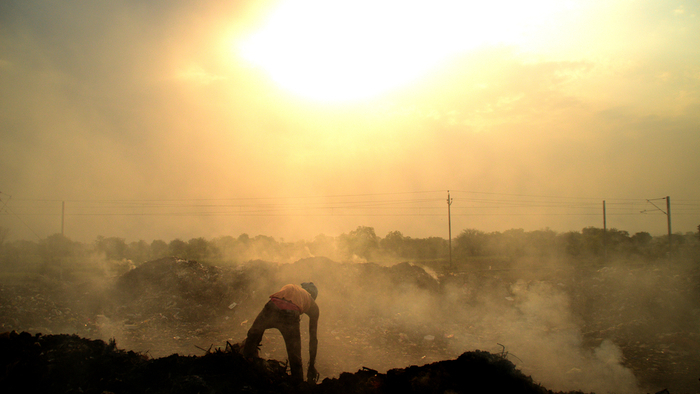 • Joe McCarthy explains how people in poverty suffer disproportionately by the lack of clean and healthy air and contaminated water and food caused by pollution.

• How can funders work to reduce the burden of pollution on poor communities?

• Learn about WASH tools for donors.

The burden of pollution is not shared evenly across populations. Instead, pollution is most keenly felt by the world’s most impoverished and marginalized communities.

Here are three ways people in poverty are most affected by pollution.

1. Air pollution is rampant around the world, leading to more than 8.8 million premature deaths every year. But the people most affected by air pollution live in low-income countries, according to the United Nations.

2. Clean drinking water is critical to living a healthy life.

Yet 1 in 9 people around the world — or 844 million people — lack access to clean, reliable drinking water. The vast majority of these people also live in extreme poverty and children are often hit the hardest by this injustice.

In fact, 6,000 children under the age of 5 die every day because of preventable waterborne diseases.

3. Contaminated food still affects 600 million people each year, killing 420,000, according to the World Health Organization. The vast majority of deaths from food poisoning occur in poor nations, and children under the age of 5 account for 40% of all deaths.

Read the full article about pollution and people living in poverty by Joe McCarthy at Global Citizen.