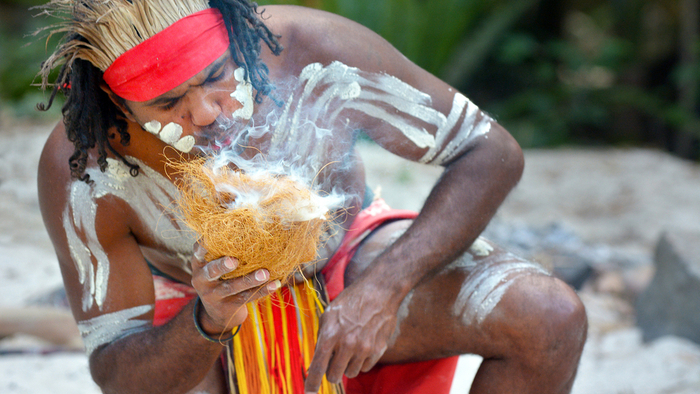 • Abaki Beck writes about the Australian aboriginal community that is using a proactive way of cultural burning to combat the raging bushfires.

• According to this article, “the Aboriginal fire management is proactive, Western-style controlled burning, also called hazard reduction burning, is reactive.”

• Here’s a guide on how to aid disaster relief in Australia.

Since September 2019, Australia has been ravaged by bushfires. You know the statistics: about 18 million acres burned, around 2,000 homes destroyed, and nearly 1 billion animals affected. The fires have also affected Aboriginal communities and lands.

On January 3, the small Aboriginal community of Mogo, New South Wales, was destroyed, including the homes of five members of the local Aboriginal Land Council and the Land Council building. In Victoria, the Aboriginal community of Lake Tyer has been on high alert, as the East Gippsland bushfires burn just 20 kilometers away. Indigenous Protected Areas—reserved areas of land managed by local Indigenous people—have been devastated as well. Russell Irving, project coordinator at the Minyumai Indigenous Protected Area in New South Wales, noted in a November statement that, “We and many of our small-scale farmer neighbours are at threat of becoming members of the rapidly growing number of climate refugees in our own country.”

Historically, bushfires in Australia were a lot less common than they are today. Climate change is partially to blame. Temperatures have risen dramatically in Australia over the last century, causing more extreme droughts and unpredictable fire seasons. But the ongoing impacts of colonialism—including poor land management—is also part of the puzzle. For tens of thousands of years, Aboriginal Australians managed their environment through controlled burns. These fires continue to shape Australia’s landscape. In the Central Arnhem region in northern Australia, for example, a study found kangaroos were more abundant in areas that had been burned by Aboriginal people, because the grass in burned areas was more nitrogen-rich than grass in non-burned areas.